Take a moment and write down a list of your favorite country bands. Not artists, per se, but bands. We guarantee that if you have not done so already, you will be adding Old Dominion to that list within the next year. The band made up of Matthew Ramsey, Brad Tursi, Trevor Rosen, Geoff Sprung and Whit Sellers took the stage at Boston’s Royale with Country 102.5 WKLB on Thursday night and New England didn’t disappoint. Fans came out despite it being a cold April night and showed these guys exactly what to expect come late August when they return to the region as a supporting act of Kenny Chesney’s Big Revival tour.

The night started off with local artist, Houston Bernard, doing a 40 minute acoustic set. Despite not having his full band with him, Houston dazzled the crowd with his impeccable country vocals and even some dance moves. Throughout the night, Houston performed a number of covers from some of today’s biggest artists like ‘Chicken Fried’ (Zac Brown Band), ‘5-1-5-0’ (Dierks Bentley), and ‘Days of Gold’ (Jake Owen) as well as some of his original songs including some off his new album. Houston is set to release his album on May 7th, titled ‘Knockin’ Boots,’ and will have an album release party that same night at Loretta’s Last Call. 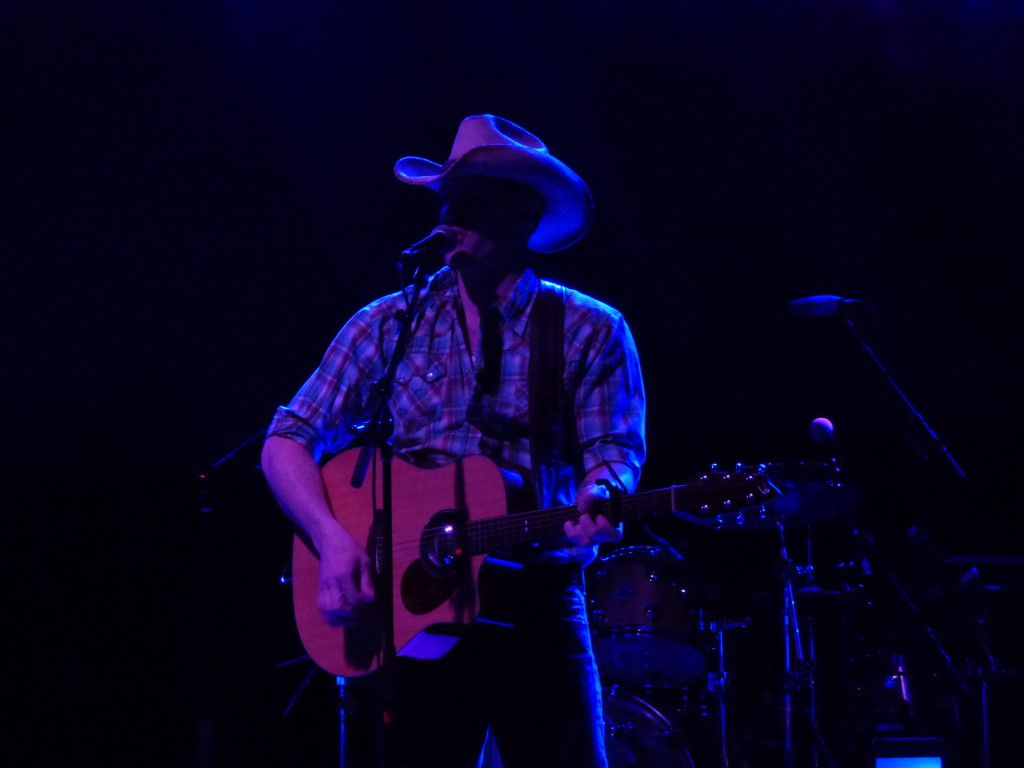 As the Old Dominion logo came up on the video board at the back of the stage and the shadows of the five members came down the stairs and took their respective places on stage, the crowd began to roar in anticipation. Much of this crowd had seen Old Dominion when they opened up for Chase Rice at House of Blues in 2014 but now with them having the time to do a full set, the crowd was amped and ready to go. As the sound came up, Old Dominion began their night with ‘Shut Me Up.’

After performing the fun ‘Beer Can In A Truck Bed,’ and the flirtatious ‘Dirt On A Road,’ the guys broke into a song that wrote and was recorded by Dustin Lynch on his most recent album. As they were introducing ‘All Night,’ Matthew told told the crowd, “It’s time for you to show us what you really sound like.” And with an engaged audience in the building, Old Dominion had no problem getting the crowd to participate with ‘whoa, yeah’ during the song. As the band is preparing to make a full length album, they treated the crowd to some new songs including ‘Do It With Me,’ ‘Nobody Ever,’ and our personal favorite, ‘Snapback.’ 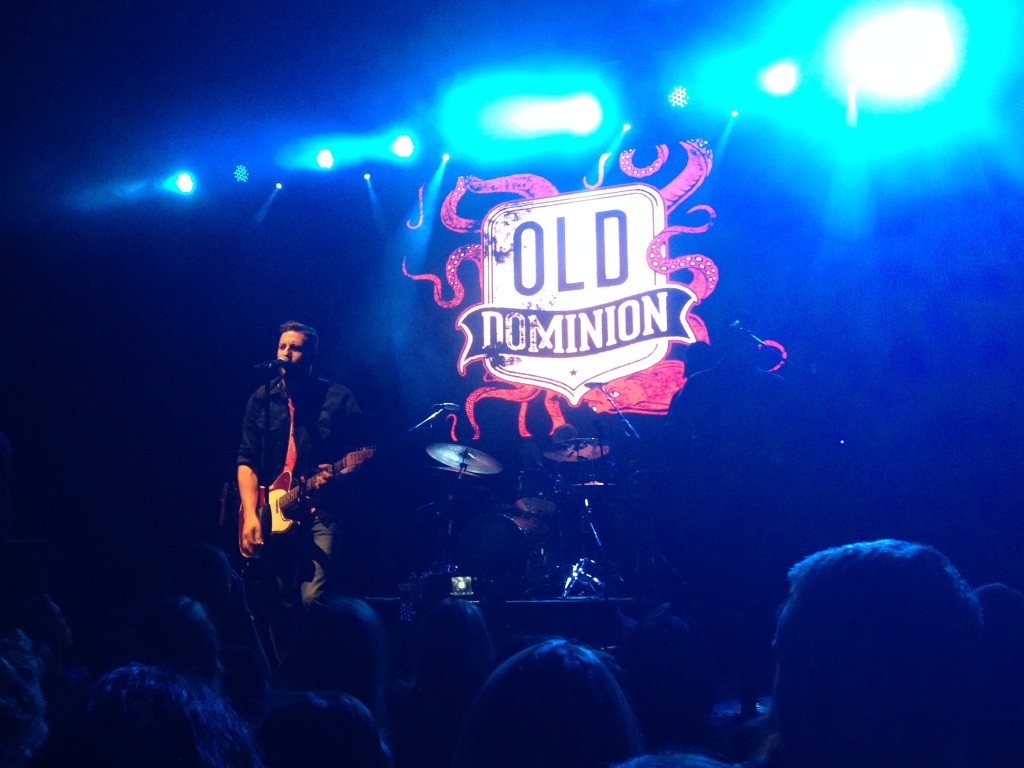 But the band did not just play new songs but also an old one called ‘That’s How We Do Summertime,’ a track that Ramsey said they had not played in awhile. And you may not know this, but the guys are amazing songwriters. All five members write with three of them (Matthew, Trevor, Brad) writing everyday and they have written a lot of songs you hear on country radio. The band treated the crowd to some of these songs and Ramsey started off by saying “We are a super lucky band right now. A lot to be grateful for right now. One thing is we’ve written songs for other people that have made it to radio. Trevor wrote this song so we’ll let him sing it.” As Trevor took the mic, he explained that it was the first number one song he ever wrote and proceeded to perform ‘Better Dig Two,’ which is best known as being recorded by The Band Perry.

It was then Brad’s turn and Ramsey started off by saying, “Give him alittle extra love as his Momma is here tonight and proudest person in the room.” As Tursi sent the song out to his mom, he began strumming the chords to ‘A Guy Walks Into A Bar,’ recorded by Tyler Farr, and he had the crowd captivated from the first note. One thing about Brad is that he has this really unique voice, to go with incredible guitar skills, and it really made the performance of this song, which was one of our favorites of the night. And based off the reaction from the crowd, it seemed to be a common feeling.

The band also played Dierks Bentley’s ‘Say You Do,’ another song written by members (Matthew and Trevor) of Old Dominion. And after saying, “This is a new thing for us to play in bars where people show up. Been kicking around Nashville for along time,” they played Sam Hunt’s ‘Ex To See,’ which was written by Matthew, Josh Osborne and Sam. And with a rabid Sam Hunt fanbase in New England, the crowd was singing along the whole time.

Of course Old Dominion could not get out of Boston without playing their own song that is currently on country radio. “You guys are awesome, we could just hangout here all day. Means a lot that you’re here and second time we’ve ever played Boston. Feel like we have a lot of friends here. We got this song thats on the radio somehow. Really new that we’re performing a song thats on the radio. Wrote this in the back of the van one night, when we had a van. I woke up at about 2 in the morning and was like, ‘What about a song called ‘Break Up With Him’?”

During their 90 minute set, consisting of 20 songs, they also played the two remaining songs from their 2014 self-titled EP, ‘Wrong Turns’ and ‘Nowhere Fast,’ both of which had the crowd singing and swaying along before ending their set with Craig Morgan’s ‘Wake Up Lovin’ You.’ Yes, another song that members of the band wrote. We told you they have written a lot of songs that you hear on country radio!

As Old Dominion left the stage, the chants for an encore began ringing through the ballroom. And while at first you may think, what else does this band have to play!? They already played all the songs from their EP plus the songs they wrote for other artists! But you would be wrong, as they took the stage for a performance of The Band Perry’s ‘Chainsaw,’ a song written by Old Dominion lead man, Matthew Ramsey. And as they did all night, the band gave the crowd a raucous and energetic performance of the song before slowing it down with a cover of Bill Wither’s ‘Ain’t No Sunshine.’ This time a song that they did not write as the track was written in 1971.

If you missed this show, you missed out. Old Dominion has been working in the music industry and chasing their dream for years. And as they may have seen success through their impeccable songwriting, they have finally broken into the scene as artists and why Kenny Chesney chose them to support his summer stadium tour. With the potential of Old Dominion, we may never get to see them play a ballroom like Royale again, and you may never get the chance again to see them for only $12.

All-in-all, it was a fantastic show! Big thank you to Country 102.5 WKLB for putting together this great event and bringing new hit country music to Boston everyday.

For more photos visit our Facebook album from the show. 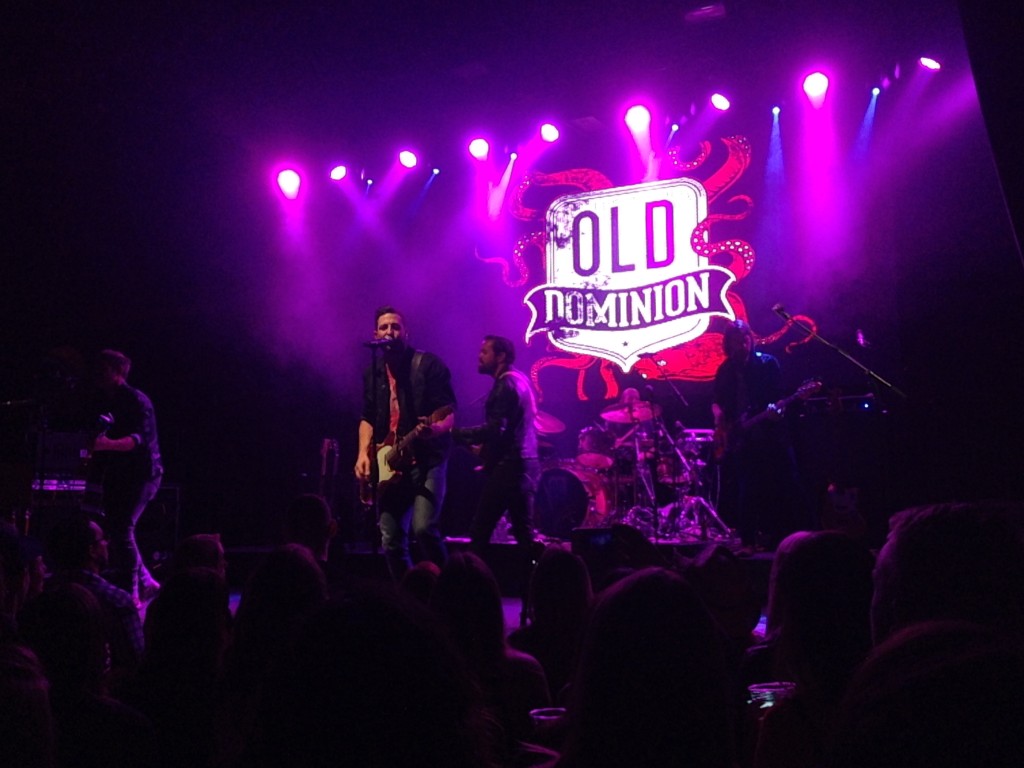 One thought on “Old Dominion Gets A New England Rehearsal”