Saturday night, April 11th brought the highly anticipated Miranda Lambert Certified Platinum tour to the Mohegan Sun Arena, and New England Country Music was there to experience the queen of country wrap up her tour. After the wild success of her 2014 album ‘Platinum,’ and the tour of the same name to follow, Miranda loaded the gear back up to head back on the road for the winter, bringing along fellow star Justin Moore, and Ashley Monroe for the ride.

The Mohegan Sun Arena was packed in tight early, as no artist was anybody worth missing, as the first act hit the stage, led by Ashley Monroe, a familiar with the Miranda Lambert following as Monroe is one of the three members of the Pistol Annies. Monroe came to the microphone and declared, “This happens to be the last night of the Certified Platinum tour, and I feel like its gonna be a good one!” The audience quickly realized how right she was. Monroe played a few original songs, led by ‘Like a Rose,’ and new single, ‘On To Something Good,’ before smirking and confessing, “Many of you here might know that I’m in another band called the Pistol Annies,” before performing their hit ‘Unhappily Married.’ Before taking her bow, Monroe picked up her guitar and told us “Y’all bear with me, this is a little Elvis style,” ending her night with the song ‘Winning Streak.’

The anticipation was building as the night grew later, and only got wilder as Justin Moore finally took the stage, surprising many in the house with one of his biggest hits, ‘Point At You.’  After a high energy performance of ‘How I Got To Be This Way,’ with the crowd louder than the speakers during the chorus line, Justin led into his emotional hit ‘Til My Last Day,’ ending with a long country rock medley. “Hey, I just had to remind you that you’re at a country music show!” yelled out the enthusiastic performer. After graciously thanking the audience for being the surge behind his three top 5 albums and first ACM award, Justin brought the lights down and had a heart to heart moment, honoring his grandfathers and all servicemen and women in the arena, “Everybody in this crowd raise your cell phone because nobody here is too cool to honor my grandpa and these veterens!” declared Moore, kicking into heartwarming ‘If Heaven Wasn’t So Far Away.’ As Moore’s set ran through, he left no crowd favorite out, ‘Small-Town Throwdown,’ ‘Bait A Hook,’ ‘Lettin’ The Night Roll,’ and ‘Backwoods,’ the time had come for him to close his show, disappointing none with his first #1 song, ‘Small Town USA.’ 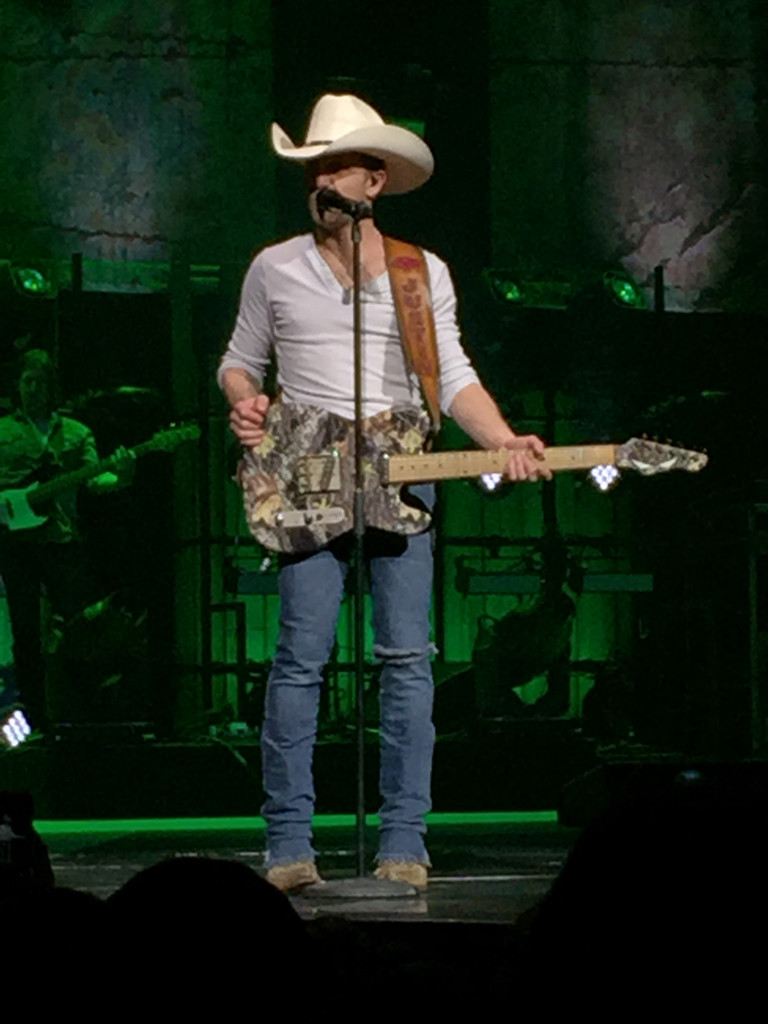 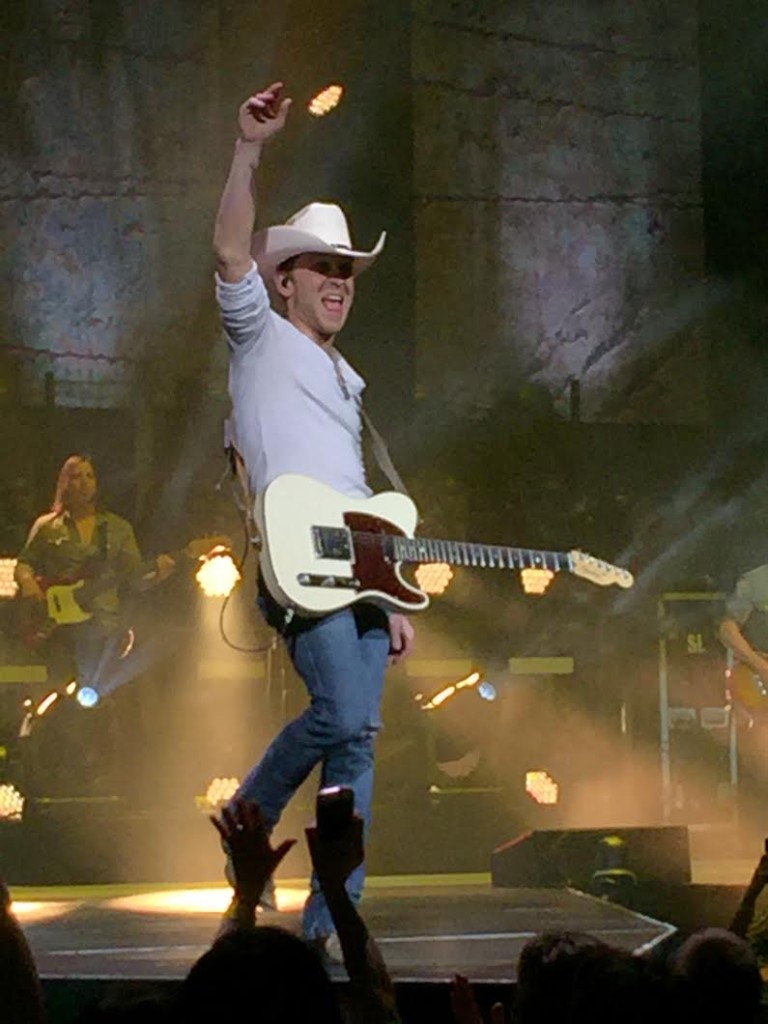 The arena was practically shaking, every moment that passed seemed like an eternity before Miranda finally took the platinum covered stage, guitar in hand. “How’s everybody in Connecticut doing tonight? Been doing a little drinking I see?” she yelled, opening her night with her hit, ‘Fastest Girl In Town.’ Miranda wasted no time, beginning her show with hit after hit, ‘Kerosene,’ ‘Platinum,’ ‘Heart Like Mine,’ and ‘Baggage Claim,’ before reaching the tear jerking song originally written for her husband Blake to perform, ‘Heart Like Mine.’ You could really see the raw emotion on her face, pausing at the last chorus break to lower the microphone and let the crowd erupt into song. 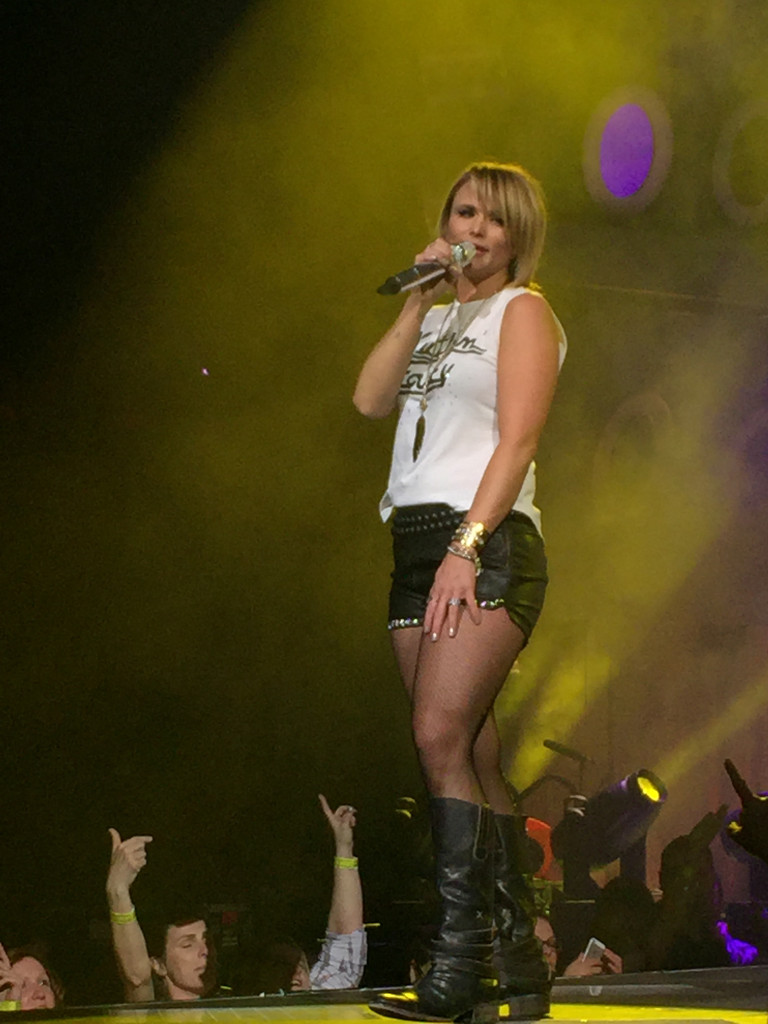 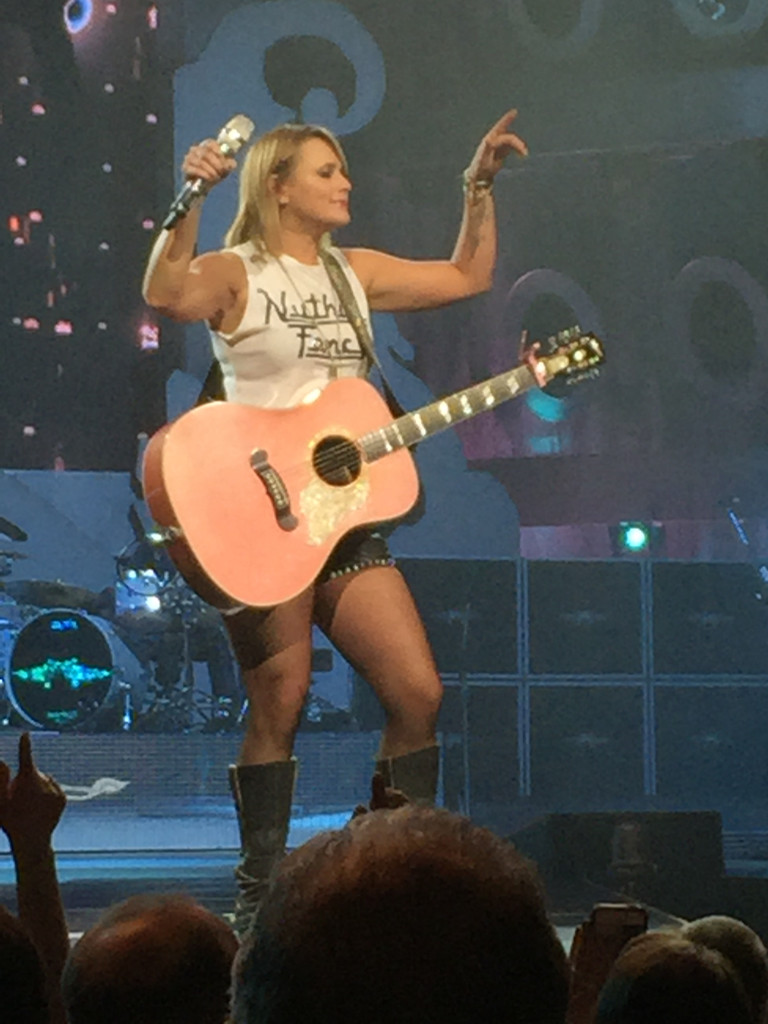 Bringing the energy back to a maximum, Miranda had four massive disco balls lowered and the house lights brought down to create a whirlwind of stars across the arena leading into crowd favorite ‘All Kinds of Kinds,’ with pictures of local fans used on the video screen. As the lights came back up a familiar face appeared from the tunnel, as Miranda beamed and exclaimed, “This is the last night of the Platinum tour so we wanted to bring out a special guest!” which turned out to be none other than Leslie West, founding member of the rock band Mountain, to duet the hit ‘Mississippi Queen.’ “She’s the real Mississippi Queen right here!” declared West after the performance, as he took his exit.

Later into the night and a handful of top tier songs and covers later, the defining moment of the concert came when Miranda brought down lit chandeliers from the ceiling and led into smash hit, ‘House That Built Me.’ No sense of words can bring to life how loud the room became, drowning out the amplifiers, nearly muting them. Lambert looked out in awe, as she continued to finish the show with ‘White Liar,’ and ‘Gunpowder and Lead.’ Lambert left the stage but the crowd was having none of it, stomping and screaming until she came back out with her friend Ashley Monroe right where she left off earlier in the night. Lambert smiled and said “Here’s a song for my best friend right here,” as the two sat on barstools at the edge of the audience and began a duet of ‘You’ve Got a Friend.’ 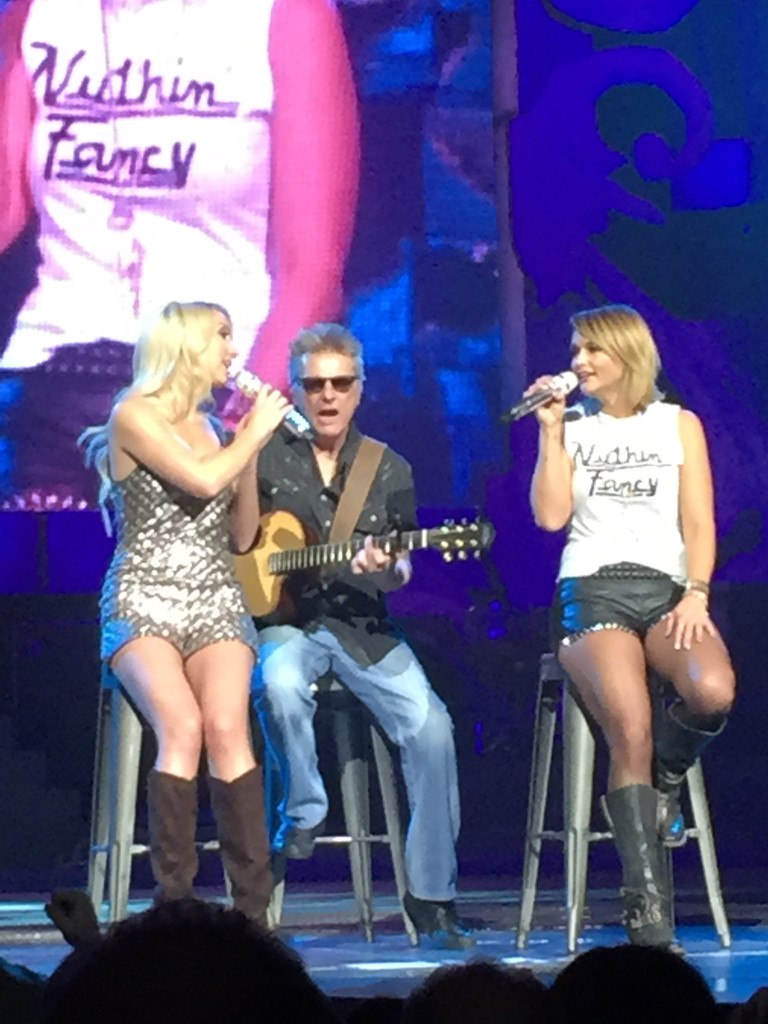 As the lights rose and the audience filed out, as far as you could see there was not a single disappointed face to be had, thrilled with the chance to see the final night of such an iconic tour. Miranda and Justin alike will not rest up long though, Justin Moore returning to New England in Hartford July 25th and Mansfield August 25th on the Brad Paisley Crushin’ It World Tour, and Miranda beginning her Roadside Bars and Pink Guitars Tour with dates still being announced.