Politics runs through her blood but she has never had a desire to go down that path. But after meeting with Ayla Brown, it is quite obvious that she would make one hell of a politician if she did. She’s the all-American girl who has soft spots in her heart for our troops overseas and individuals with special needs. When I met Ayla at Hampton Beach earlier this year, before our interview had started, a number of people came up to her asking for photographs including two with special needs, presumably through her work with the Massachusetts Down Syndrome Congress. Ayla quickly obliged with a big smile on her face and remembered them from past encounters, which truly showed how much she connects with her fans. The ‘proud’ daughter of a former State Senator and Army National Guard member, Ayla Brown occasionally felt the pressure to choose between basketball and music, but luckily never had to make that decision.

Growing up in Massachusetts, she didn’t always want to do country music simply because she didn’t know anything about it until high school. Late in high school, one of her best friends gave her a Rascal Flatts CD and that was the first time she listened to country music. And in a way, she now describes it as ‘disservice’ that her parents didn’t bring her up listening to country. Growing up, Ayla loved some rock stuff like Chicago and The Outfield and especially loved Celine Dion. 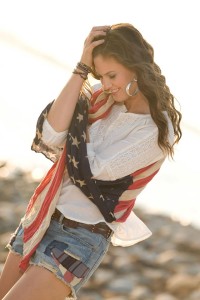 Ayla might be known most for her time on American Idol. In 2005, Ayla auditioned in front of Randy Jackson, Paula Abdul, and Simon Cowell for a spot on the hit television show. After singing ‘Ain’t No Mountain High Enough’ for the judging trio, Abdul and Jackson sent her onto the Hollywood Stages where she would perform songs ‘Reflection’ by Christina Aguilera and ‘I Wan’t You To Want Me’ by her childhood idol, Celine Dion. However, Ayla was eliminated from the competition in the round of sixteen where she sang Natasha Bedingfield’s ‘Unwritten.’ However, looking back, she has nothing but good things to say about that experience.

I honestly loved everything about Idol because it was all so new to me, and I had never been on a stage or sung with a band before. So for the first time in my life, I had a dream that didn’t involve me running up and down a court. Every moment, I took advantage of. I smiled the entire time from the first audition until, well, I cried my eyes out when I went home. It made me realize how much I loved to be on a stage. And without that experience I wouldn’t be here doing this today. 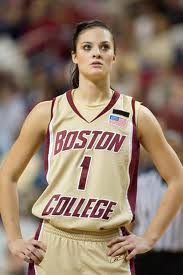 Shortly after the Idol experience, Ayla reported to Boston College where she would be a student-athlete, starring in basketball. But being the star athlete and the girl who was on American Idol, just a few months prior, made her college experience somewhat difficult to start. As a freshmen, she knew people had seen her on television but didn’t know how to act towards her as she noticed a lot of people whispering when she would walk by. So even Ayla Brown, despite being somewhat of a celebrity at the time, had difficulty transitioning to college, and maybe even worse than other college freshmen. She says, “I felt like I kind of went in a little shell my freshmen year. I didn’t really go out and meet anyone. I was kind of really lame. I felt embarrassed by the whole thing because I felt like people were talking about me and I didn’t know if it was good or bad.”

After a stellar career on the Boston College ladies hoops team and a communications degree from the prestigious school in Chestnut Hill, Ayla was able to completely dive into her music and got to experience some things that she will never forget. For several years, she has been doing overseas tours with Armed Forces Entertainment- an organization that sends entertainers of all kinds overseas to increase troop morale and give the troops a sense of home when everything around them is far from home. Ayla has completed tours with the organization in Afghanistan, Spain, and most recently, Italy, Greece, Turkey, and Egypt. And Ayla loves doing this tours as she says that the men and women are so appreciative. On her most recent tour, while in Egypt, everything that could have gone wrong, went wrong. She ended up playing in a basketball gymnasium where they had to shut the fans off because they were so loud. And this was in Egypt where the temperature was 100 degrees! But the troops didn’t mind, and neither did she. Ayla played a showed for them with no sound system; just an acoustic guitar, a shaker, a tambourine, and her voice. The troops even spontaneously broke out into some Toby Keith!

But that’s not all. On top of being asked to become the official National Anthem singer of the NBA’s Philadelphia 76ers, Ayla also was given the chance to sing at the Grand Ole Opry which she says is one of her favorite memories as a musician (along with performing with the Boston Pops on the Fourth of July). Ayla says, “Realizing all of the people who have stood on that stage before me and all of the people who will stand on the stage after me. Very inspiring.”

Over the years, Ayla has gotten multiple opportunities to open for some of the biggest names in the business. Names like Josh Turner (who she looks up to), Darius Rucker, Loretta Lynn, and Clint Black among others. And each time she has done so, she has learned something from that headliner and tried to pull an element from their performance into hers. “When I opened up for Craig Morgan, I learned how much soul he had. And how much I wanted to incorporate some of that soul in my voice. From Clint Black, I learned that his humor resonated really well with his audience. Josh Turner was very much the same every night. It was a matter of consistency. I opened up for these artists, and I would grab something every time that I try to bring with me to my next show.”

Despite these incredible opportunities and playing some of the biggest stages in the world, she loves coming back to New England, and she loves playing at the Hampton Beach Seashell Stage. It’s her favorite venue in New England and loves the support that she always gets from her fans up here in the northeast. When she released her debut album, titled ‘Forward,‘ she didn’t know who she was musically. But over the years, Ayla has evolved as a person and as a recording artist. Her ultimate goal is to look into the crowd and see people singing the lyrics of her songs back to her as that would mean her stuff is resonating with people. With a beautiful voice, big dreams, and an even bigger heart, Ayla Brown has a bright future ahead of her and us here at New England Country Music wish Ayla nothing but the best.