Brad Paisley, Tyler Hubbard, Brian Kelley, and Trisha Yearwood- just a few of the biggest names in country music who came out of Belmont University in Nashville, Tennessee. And there may be one more Belmont Bruin who could be gracing some of the biggest country stages in the coming years and her name is Morgan Myles.

Morgan grew up in Williamsport, Pennsylvania and she has loved music since day one. She tells me that she is the ‘first generation’ of music in her family as nobody has musical talent except for her. Growing up, her mother would only het her listen to Christian artists and from an early age, music is all she wanted to do and she doesn’t have a backup plan. Music is it for her. Before studying at Belmont, Morgan actually attended Berklee College of Music in Boston where I recently got to speak with her in the city where she learned so much and she still holds on to.

When she came to Boston to attend Berklee, everyone heard country music in her singing and performing. And that was it for Morgan. From there forward, she would associate herself as a country artist. Morgan says, “I was more country that pop or electronic or wherever it was going. I was definitely more of a country girl.” At Berklee, Morgan learned some appreciation for other musicians on a different level. She describes it as a “cool music community that was different in the sense that it was so pure. A bunch of artists coming out of high school, sitting and jamming every night. It wasn’t competitive. It was ‘how do we come together to play?'” And that community gave Morgan her band and a free facility to practice every night and really hone her skills. 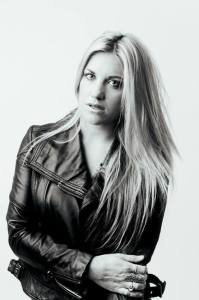 While at Berklee, an opportunity came along from Sony Music Nashville which for an aspiring musician, is a dream come true. And to fulfill this dream, Morgan left Boston for Nashville and enrolled in Belmont University, which has been known to produce some incredible music talent. But as Morgan took classes and studied there, it just wasn’t the same as Berklee was for her. The Boston school had an affect on Morgan that she may not have realized when she left. After enrolling at Belmont, she ended up changing majors because she was ‘hooked’ on how Berklee taught her versus how Belmont was teaching her. Belmont was too much of a ‘class conservatory’ for her compared to Berklee which she says was not a conservatory but instead a school that taught her ‘real life stuff’ and offered classes that taught students how to play in bars and such. Berklee was definitely, and still is, a special place for Morgan which was why she felt ‘choked up’ to be able to return to Boston to play a show eight years after she left for the Music City.

Meeting Morgan and speaking with her, it is very clear that she has mature beyond her years and definitely has an old soul. Some of her favorite musicians are Jimi Hendrix, Fleetwood Mac, The Beetles, and Janice Joplin (who is one of her biggest musical influences). She is an incredible person who is the guardian to two kids who lost their mother to ALS. Morgan takes care of them everyday when she’s not listening to music and they inspire her and keep her grounded in a world of chaos.

So what’s next for Morgan? She is currently finishing an album that will come out in January. The album is being produced by Rio Ville, who is described as being ‘notorious for combining deep, hard-hitting baselines reminiscent of southern rap songs with soothing, graceful melodies.’ Morgan makes it clear that it is a country album but she loves what Rio Ville brings to the album as it is ‘very based in percussion in a different way.’

After sitting down and talking with Morgan, I found it somewhat difficult to write this article because there aren’t enough words that can truly describe the type of person she is. The first one that comes to mind though: special. Morgan Myles is a special person and it was an honor to sit down and talk with Morgan about her life and her journey. I can honestly say that this young lady is an absolute sweetheart with a heart of gold and an even brighter future.