The road to success in the country music industry for the Adam Craig Band has not been an easy one. From name changes to lawsuits, they are persevering and continuing to push themselves towards their goal.  After meeting each other in 2006, Washington State natives, Adam Craig (lead vocals, guitar) his cousin Ryan Jones (keyboard, vocals, guitar) Jimi Hendrix (his real name; bass, harmony vocals) and drummer Brian Smith connected in Nashville and joined forces to make up The Adam Craig Band.  NECM had the opportunity to sit down and talk with them about the struggles and triumphs they have gone through and the direction they are heading towards in 2015.

After releasing two singles, ‘Stay’ and ‘Pencil Marks,’ the band was involved in legal issues surrounding their name. The band previously known as TelluRide, decided the fight wasn’t worth the time that it was taking away from their focus on the music and the Adam Craig Band was born. But they used the incident as a learning experience and became a stronger band, stronger performers and stronger friends because of it.

“I think that is another testament to the dynamic of who we are. It would have been easy to give up. It wasn’t the first time. It won’t be the last and you just push through it and keep going. That’s all we know to just keep going forward.” (Jimi)

It was evident during the interview, with a lot of joking around and teasing, the affection they have for each other and the positive dynamics of the band. Other than spending a considerable amount of time touring together, they spend time together when they are off the road as well. Ryan and Craig are first cousins and Jimi married one of their cousins. So they are really not just like family they actually are family. Even though “it’s great to be with five guys you love and care about and play music together and travel around the country with,” it is not always easy for those who are married with small children at home. It is the end goal that they are looking towards and it is what will make all those sacrifices worth it and that is to be successful in the country music industry.

“To constantly push ourselves to be out on the road play our butts off and never take it for granted. I always want to enjoy that we get to do this and have the mindset that this is a blessing.” (Craig)

The Adam Craig Band is definitely making a name for themselves in country music. They have opened for such acts as Blake Shelton, Little Big Town, and Eric Church. The guys have learned many things from these acts that they can use to better their own performances. One in particular stands out to them. It was when they were opening for Eric Church at the Crystal Palace in Bakersfield, CA. After they finished their set they were going to leave the venue but decided to stay and have a drink at the bar.  From the way Craig tells the story you can see why, to him, Eric Church “was absolutely the most exciting act to open for in country format. I turned around (at the bar) and this dude goes, ‘These Boots’ and the whole crowd takes their boots off and holds them up. That was one of the coolest things.”

Touring and performing isn’t the only thing that Craig does. Not only is he making a name for himself in Nashville as a singer, but as a talented songwriter as well.  He has co-written songs that have been released by such artists as Parmalee, Dustin Lynch and Jason Aldean. ‘Close Your Eyes,’ which was recorded by Parmalee, is a current top twenty song on the country charts. Craig expresses his appreciation for the band because they gave him his first single on the radio and thinks that, “It’s cool. I’m so thankful.”

Craig is also a co-writer on Jason Aldean’s ‘Church Pew or Bar Stool,’ a song on Aldeans’ CMA Album of the Year, ‘My Kinda Party.’ Craig speaks in awe about his feelings on that. “That’s why country music is so amazing ’cause 3 million people bought it, it’s on CMA Album of the Year. It just changed my life.”  One of Craig’s proudest songs he has co-written is a bonus track on Aldean’s latest album ‘Old Boots New Dirt,’ titled ‘Fast Lanes.’

Craig has co-written songs all over Nashville for many different artists with many different styles. With all the talk in the media about today’s country music being called ‘bro-country’, I asked the band what their thoughts were about the direction country music is going today.

“Man, I love it. Honestly this is the biggest it’s ever been. We want to play songs that everybody likes. It’s so much fun to play that stuff because everybody has a good time. Country music has evolved.” (Craig)

So what’s up next for the Adam Craig Band?  To make a record with plans to release a single by the spring of next year and to know that when the crowd sings back the songs the band is performing, they have been accepted.  “That is the ultimate acceptance when people love your music, pay their hard earned money to buy the cd to drive to shows to pay for tickets to stand in rain it’s so amazing that people would do that and love your music and sing it it’s just awesome.” (Craig)

They should not worry about being accepted by the fans. They have a natural comradery that shows in their performance on stage. That, and their dedication to their music and to country music as a whole will earn them the respect and fan following that they truly deserve.

NECM would like to thank the Adam, Ryan, Jimi and Brian for taking the time to speak to us and share their thoughts and goals for the band. 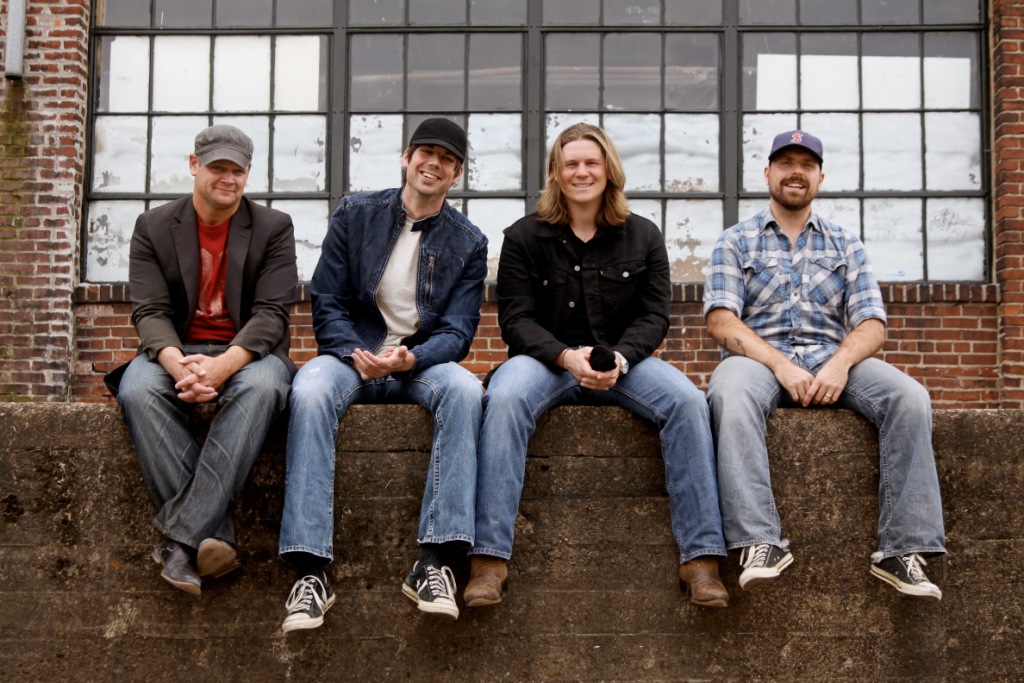 Written by Lorraine Frigoletto contributing writer for New England Country Music. You can follow me on Twitter.

2 thoughts on “Not Giving Up The Dream, The Adam Craig Band”