On Wednesday, May 13th, country music icon Vince Gill treated the sold out crowd at the Warner Theatre in Torrington Connecticut to an uncommon performance, and New England Country Music was on hand for the experience. Vince Gill is a legend in the country music industry, winning nearly every award possible, including a whopping 18 CMA awards, twice for Entertainer of the Year, and five times for Male Vocalist of the Year, along with over 40 singles on the Billboard Hot Country charts, and 20 GRAMMY nominations, the most of any male individual in country music.

The Warner Theatre is a treat in itself. Upon walking through the opera house style entranceway, you’re then led down a red carpet into a magnificent hall, with immaculate gold trim on nearly every surface and detail.

Vince Gill did not bring any supporting musicians along for the ride, a rare treat, giving the audience every bit of energy that he possibly had in him. The stage was set, the house was packed, and right as the clock struck 8:00, the lights lowered and the crowd roared. 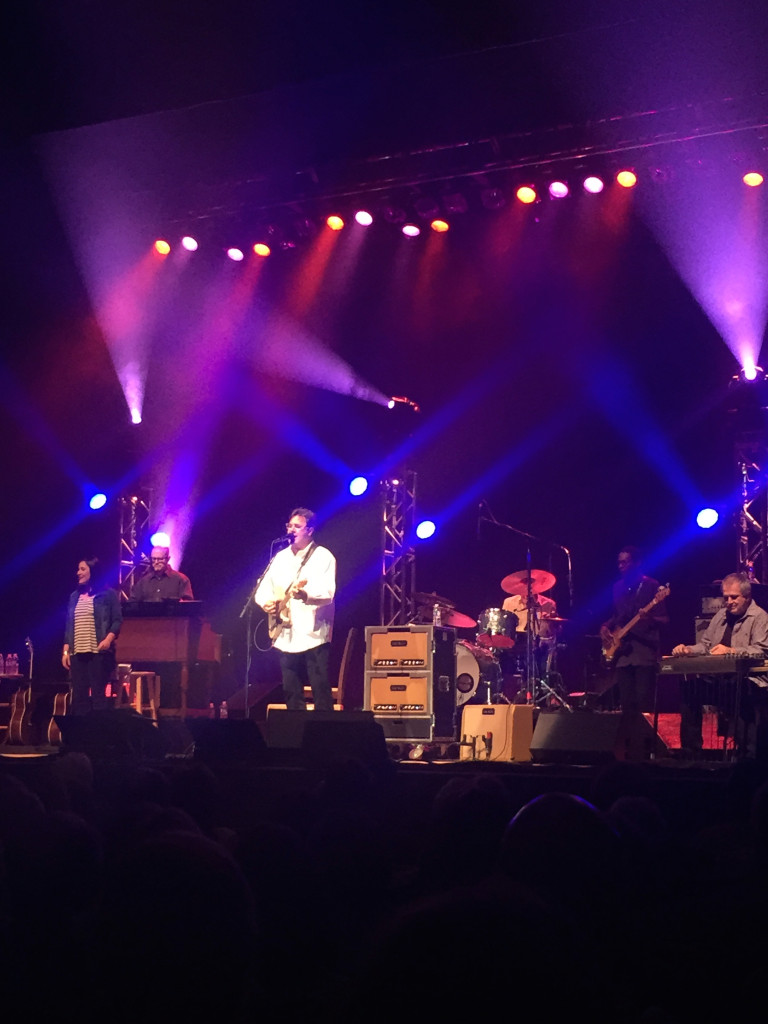 As Vince crept to center stage, guitar in tow, he started the night in a surprising manor, leading off into a crowd favorite, ‘One More Last Chance,’ cheering “Thanks for coming out everybody, we’re about to have a nice time in here!” and seemingly never looking back. Always known as a practical jokester, Gill had just wrapped up ‘I’ve Been Trying to Get Over You,’ when a female audience member near the front couldn’t help but scream, “I Love You Vince!”, stopping mid sentence to look down and tell the woman “I love you too,” and continuing forward as the crowd hysterically laughed.

“It’s great to be back here in New England, it’s been a long time but I remember coming through when I was the front man for Pure Prairie League to a spot named Toad’s Place in New Haven, I’ll never forget those times,” confessed Gill moving into the evening, as a crowd member gave him a whistle. “It’s nice of you to whistle at me, but listen here I’m almost 60, C’mon!,” leaving the audience in laughter once again. Jokes weren’t all that the crowd heard however, as Gill pumped out hit after hit with favorites like ‘Which Bridge to Cross,’ ‘Look At Us,’ and ‘The Old Diamond Hotel,’ a song from growing up along RT 66 in Oklahoma, “Where the men are men, are so are most of the women.” Gill’s latest album ‘Bakersfield’ was a tribute to the roots of country from the Bakersfield, California region, and Vince paid tribute to those pioneers with covers of ‘Fooling Around, ‘Together Again,’ ‘Tonight The Bottle Let Me Down,’ and a tribute to all of the service men and women in attendance, ‘The Fighting Side of Me,’ groundbreaking hits from Buck Owens and Merle Haggard. 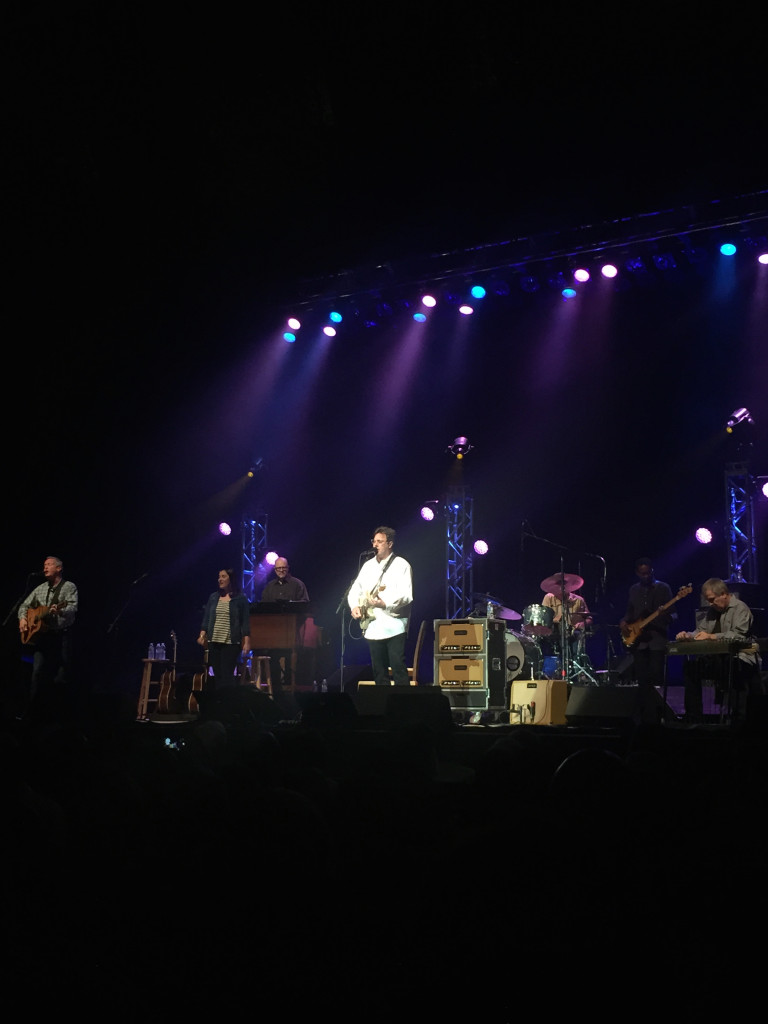 After a brief intermission, alone came Vince and a guitar to the stage. “Did you guys like the opening act?” teased Gill, leading into a solo acoustic set including ‘High Lonesome Sound,’ ‘Never Alone,’ ‘Go Rest High on That Mountain,’ and ‘The Keys to Life,’ a song about his father, “A lawyer by trade and a redneck by birth!” It was then that backround vocalist, Vince’s daughter, Jenny, took center stage to sing ‘Your Shadow,’ as her father sat in the shadows to watch. After the emotional moment, the band came back to their positions to bring the night to a powerful end with hits ‘Pretty Little Adriana,’ ‘What The Cowgirls Do,’ ‘I Still Believe in You,’ and ‘Oklahoma Boarderline.’ As the band took their bows and rushed offstage, the nonstop energized crowd reached a new level of noise and excitement, bringing Gill and company back onstage for encore performances of ‘Whenever You Come Around,’ and ‘Liza Jane.’

As Vince, Jenny, and the rest of his large band soaked it in onstage, not a single seat was occupied, applauding and saluting the legendary performer. The audience let him know that he is still at the top of his game, after more than 2 1/2 hours of entertainment. Anybody who didn’t manage to get a seat inside certainly heard what they missed out on as the buzz and excitement carried out into the streets, but no need to worry, Vince Gill will return to New England shortly, with a performance at the Capitol Center For the Arts in Concord, New Hampshire coming up on May 28th. 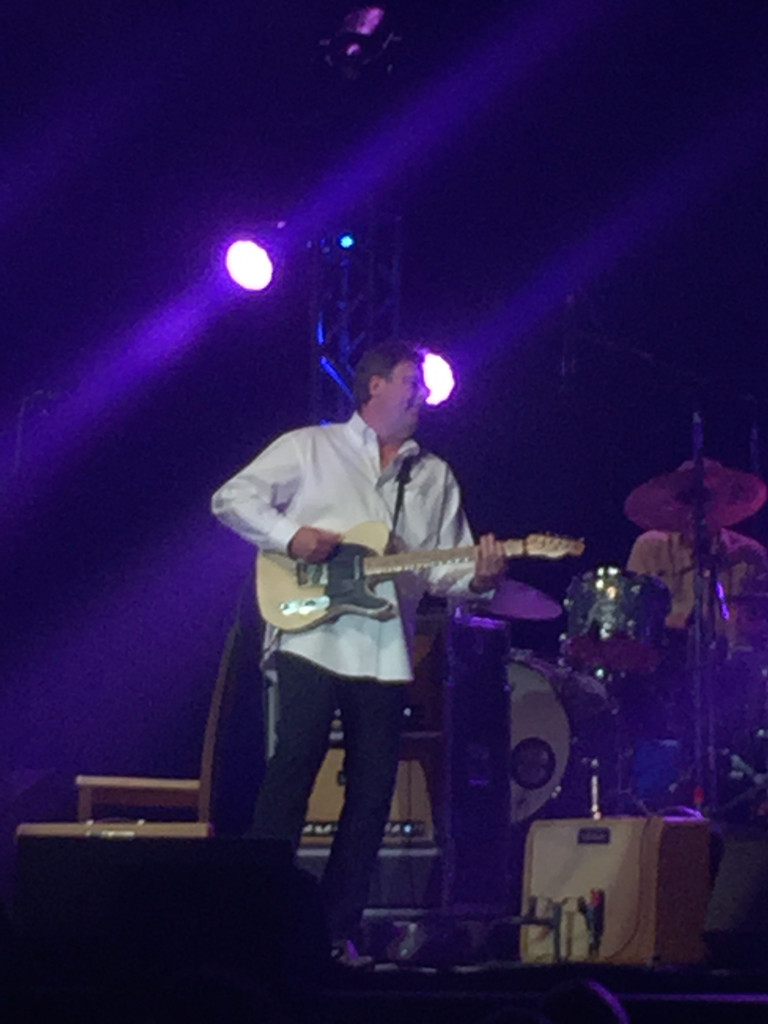 One thought on “Vince Gill Rocks Sold Out Warner Theatre”