Thomspon Square made a trip to the Cadillac Ranch for a special acoustics session presented by Country 92.5. The stage was set for a small intimate performance that would not disappoint. Connecticut’s own band Nashville Drive opened the concert for Thompson Square at the Cadillac Ranch. The local band opened the show with their original song ‘Alright.’ To get the crowd in to it a little more they performed a cover of George Strait’s ‘Check Yes or No’ as a sing-along. Lead singer Kyle “Big Daddy” Gregory came down to the floor for a few dance moves while singing the tune. After getting everyone warmed up the band played their most popular song, ‘Reckless’ to inject a little bit of energy into everyone with the up-tempo song. With two songs left in the set, they performed their own rendition of Big and Rich’s ‘Save a Horse Ride a Cowboy.’ The crowd was a little more involved at this point and they played a three-song mashup to wrap up the set. The mashup was made up of Luke Bryan’s ‘Country Girl,’ Crazy Town’s ‘Butterfly’ and the theme song from TV’s The Fresh Prince of Bel-Air. The mashup was a unique and fun way to interact with the audience. Kyle brought up a young fan to dance up front and had everyone on their feet as they exited the stage.

After a quick intermission with some humor from Country 92.5’s Damon and Cory, Noah Schnacky took the stage to steal the show. He opened with two cover songs ‘I Wanna be That Guy’ by Matthew John Kurz and ‘Somebody Like You’ by Keith Urban and he encouraged everyone who knew the words to sing along. Noah changed the pace after that by grabbing his guitar and a rose for a lucky fan. As he sang his hit song ‘Hello Beautiful’ he strolled through the first few rows of seats gave the rose to a fan in the front row. Noah transitioned this into a cover of the mega-hit ‘Tequila’ by Dan and Shay. He made a point to note how cool it was to look at the wall of past performers at the Cadillac Ranch and how it was an honor to be a part of it. Continuing with the slower tempo, he played the second single he released ‘Maybe We Will.’ Having only three singles released to this point in his career, Noah sang plenty of cover sings but did not disappoint once. His next cover of Thomas Rhett’s ‘Make Me Wanna’ was what he called “Noah Schnacky style” and he delivered yet again. It was at this point in the concert when Noah had the entire audience hooked. Between his big voice and charming personality, he had everyone in the building completely entrenched in this show. Next up on the setlist was ‘My Girl’ by the Temptations, a song everyone was singing. Noah sat down on stage and took a breather to crack a few jokes before moving to the final portion of his performance. Schnacky was feeling festive and sat down to perform a couple of Christmas songs. He performed ‘I’ll Be Home For Christmas’ and ‘Blue Christmas’ with both songs showcasing his vocal range and powerful voice. The last song of his set was his latest single release ‘I’ll Be The One.’ Before exiting backstage, Schnacky stayed out and signed a couple autographs for fans. 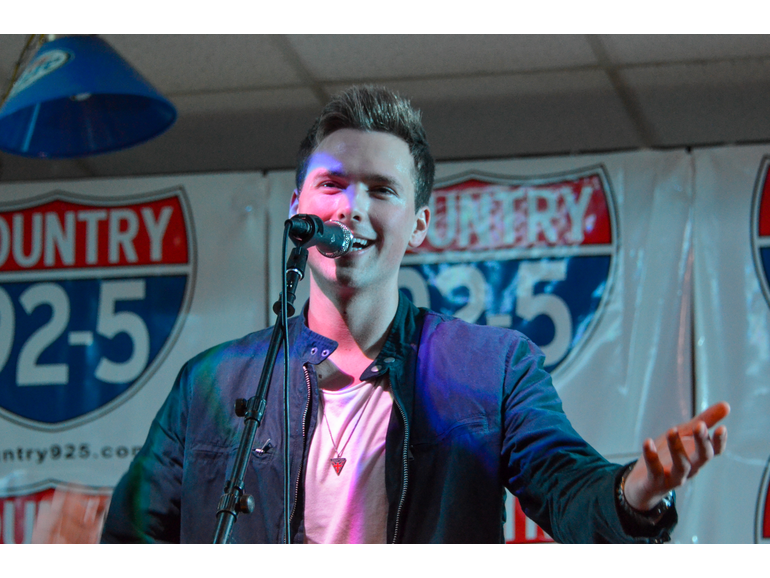 Damon and Cory returned to the stage for a few more jokes before announcing Thompson Square to the stage. Keifer came on stage alone as Shawna was home with their child who was not feeling well at the time. Keifer made a few jokes about being on stage alone, even putting a picture of Shawna on the chair next to him to lighten the mood. Keifer opened the show with ‘I Got You’ off their 2011 self-titled album. He did very well singing their duets on his own. During the abridged set, Keifer had the audience shout his name over and over so he could record a video to make Shawna laugh back home. He only performed six songs including ‘Glass’ and ‘If I Didn’t Have you.’ Before he sang ‘Masterpiece,’ Keifer gave a heartfelt speech about how the song was inspired by his son and was one of the most important songs he had ever written. The show closed with him singing their biggest hit of all, ‘Are You Gonna Kiss Me Or Not,’ to which everyone in attendance was singing. Keifer received a standing ovation as he left the stage. Damon and Cory came out one more time to thank everyone and close out the show. This was the final show for Country 92.5 for the year. Thompson Square does not currently have any New England tour dates scheduled. Be on the lookout for any tour announcements on their website, Instagram, Twitter and Facebook. Keifer will be going out solo on a short song-based comedy tour to kick off 2020. 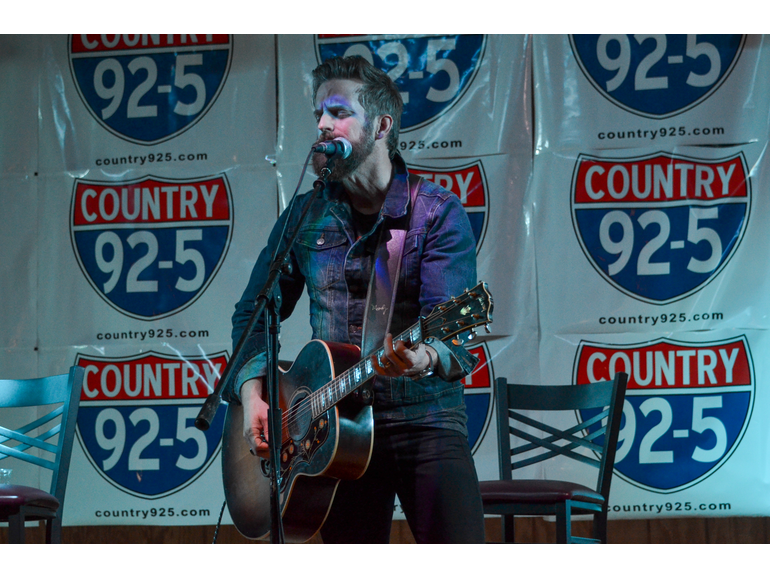