Phil Vassar who is best known for songs like ‘Carlene’ and ‘Just Another Day In Paradise,’ recently took the time to talk to New England Country Music. Phil who grew up in Lynchburg, Virginia listened to a wide variety of music and still continues to listen to an array of songs. His father who was a singer always had music playing whether it was country or R&B soul. While one of his sisters was really into heavy metal and the other country, Phil seemed to connect with the singer and songwriter types like Elton John, Billy Joel, The Eagles, and Willie Nelson, just to name a few. He said that his daughters are both very musical and are always turning him on to different music like Ed Sheeran, Mat Kearney, and Kings of Leon. We asked him what would come up if his iPod was on shuffle. He said that his iPod is full of artists like Nat King Cole, Frank Sinatra, Elton John, Billy Joel, The Eagles, Queen, and you’ll also hear Kings of Leon and Ed Sheeran.

Phil is known for his piano playing and most of his music features strong piano playing. We asked him how he got started playing piano and he told us, “that was all me.” He said he loved listening to Billy Joel, Elton John and Lionel Ritchie who are all great piano players and songwriters. Phil told us he was storing a piano in the basement for a relative and he started going down to the basement and playing it. He said, “the thing didn’t work that great, but it was still good enough to start playing on and I just fell in love with it. I fell in love with playing piano.”

Phil told us, “If I can just sit down at a piano for more than five minutes, I’m gonna write a song.” Sometimes when he’s writing he’ll start with the lyrics and add the music later, the rest of the time he starts with the music and adds the lyrics later. At first no one liked his songs except for his artist buddies and he was told that he should get others to write songs for him. “So then my artist friends like Tim and Jo Dee Messina started cutting these things and having big huge hits on them. Of course everyone thought I was a great songwriter after that.” Phil has written songs that have been recorded by Tim McGraw (‘My Next Thirty Years’), Jo Dee Messina (‘Bye Bye’ and ‘I’m Alright’), and Alan Jackson (‘Right On The Money’). 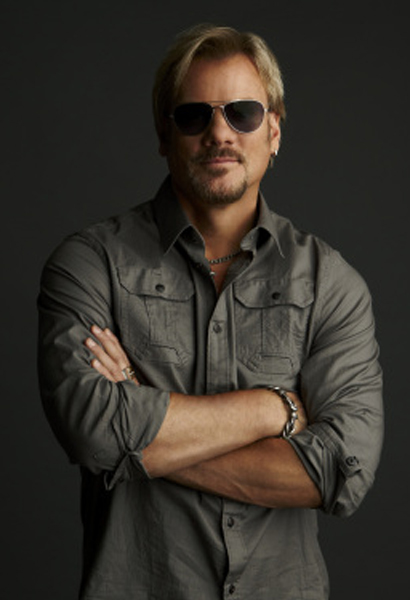 Of all the songs he’s written, Phil told us that he doesn’t have really have a favorite, it varies from day to day. Just as he doesn’t have a favorite song that he’s written, Phil told us he doesn’t have a favorite song to perform that it varies day to day as well. He said he just loves to play music and loves being on stage with his band. He said, “I love my band, I love my guys. It’s just really, really fun.” And being on stage and in the music industry has allowed Phil to see and do many cool things. Playing at the White House, going to Abbey Road Studios and playing the piano that Paul McCartney played, and going to Motown and seeing where The Jackson Five recorded all their music are just some of the things that stood out to Phil. He said that he is, “very, very lucky, and I love what I do.”

Phil’s next album will be coming out next year. In total he has already recorded about 36 songs and is going through the process of choosing which ones will be on the album. When choosing which songs will be on the album, he told us he is always looking for songs that sound different. If there are two songs that sound similar, he will pick one and not use the other. One of Phil’s friends told him, “a record should feel like a rollercoaster.” To make his album feel like a rollercoaster he tries to pick a variety of songs, some ballads and some up-tempo songs.

Aside from the new album that will be coming out in 2015, Phil will be “touring like crazy again next year.” He said he will be touring in the Northeast, which includes a recently announced stop at Indian Ranch in Webster, MA on July 19, 2015, before heading to Europe in May and June before coming back to the states to play summertime festivals.