The 2017 GRAMMY Awards seemed oddly familiar- some serious powerhouse contenders up for Best Country Album, accompanied by a dark horse, prompting social media accounts world wide jokingly asking, “Who are they?” Well, in 2016, we saw who laughed his way all the way to the podium, a little known songwriter named Chris Stapleton.

Sturgill Simpson has been a superstar to many since his rise in the early part of the decade, releasing two albums independently, ‘High Top Mountain,’ in 2013, and ‘Metamodern Sounds in Country Music’ in 2014, but his release of ‘A Sailor’s Guide to Earth’ in 2016 through Atlantic Records saw his greatest successes to date. Debuting at #3 on the Billboard 200 chart, and #1 on the Top Country Albums chart, the accolades came raining down, even with little to no radio support. Even without radio play, or mainstream successes, Sturgill has continued to draw fans from every corner of the world, selling out crowds at the biggest festival grounds and venues country wide, most noticeably a near instant sellouts at the historic Ryman Auditorium for two nights this past fall. All of the hard work was displayed recently, when GRAMMY award recipients were nominated, and Simpson saw himself as a contender for Country Album of the Year, and the illustrious Album of the Year, eerily similar to Chris Stapleton’s defiant run in 2016, with ‘Traveller‘ seeing the same nominations.

Chris Stapleton has been an unmistakable force in the past two years, back-to-back CMA Male Vocalist of the Year awards, ACM award winning Album, Song, Songwriter, and Male Vocalist of the Year, even a nomination for the prestigious CMA Entertainer of the Year award, along with selling out amphitheaters and touring along the likes of Hank Williams, Jr. and Luke Bryan. And it would be a surprise to none to see Sturgill Simpson, 2016 GRAMMY winning Americana Album of the Year, recording artist, Jason Isbell, and rising Cody Jinks following closely in Stapleton’s foot steps.

You can even get a ‘Who The Fuck is Sturgill Simpson’ t-shirt directly off his official website by clicking here. 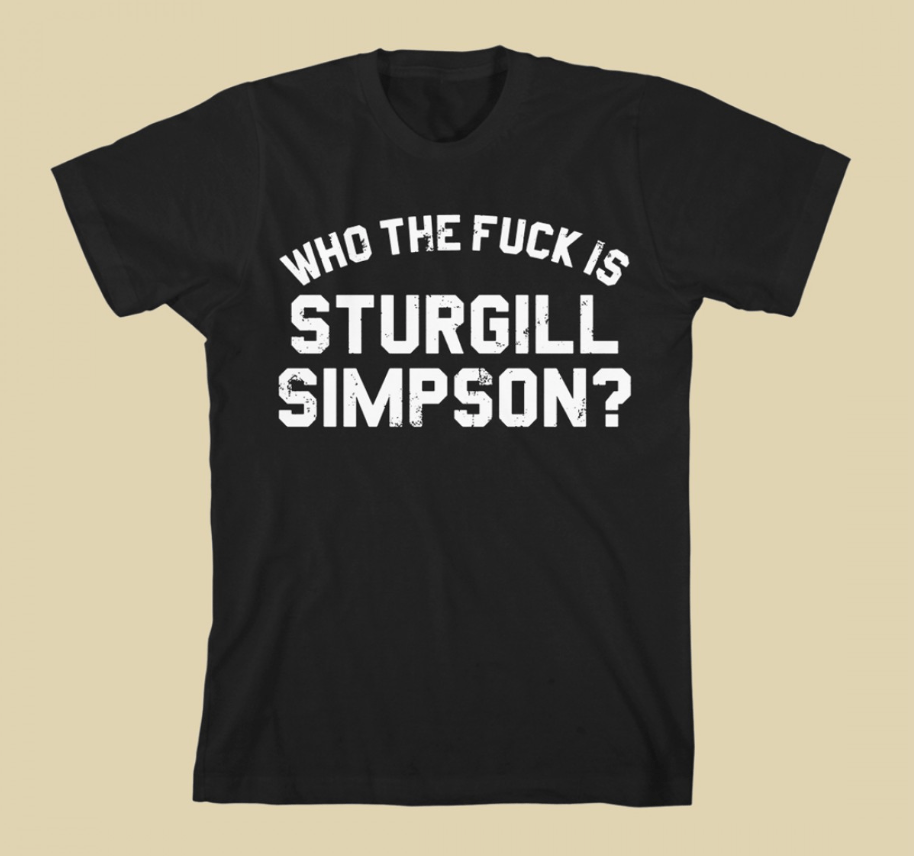