There is nothing hotter than country music right now. And over the past few years, we’ve seen an explosion of talent in country music. Just think of the artists we’ve seen take off in the past few years… Old Dominion, Chris Stapleton, Maren Morris, Kelsea Ballerini, Cam, Maddie & Tae, Brothers Osborne and many, many more! So as we look to 2017, what artists are going to be the next big thing? Here is our list of 10 country artists to watch in 2017. 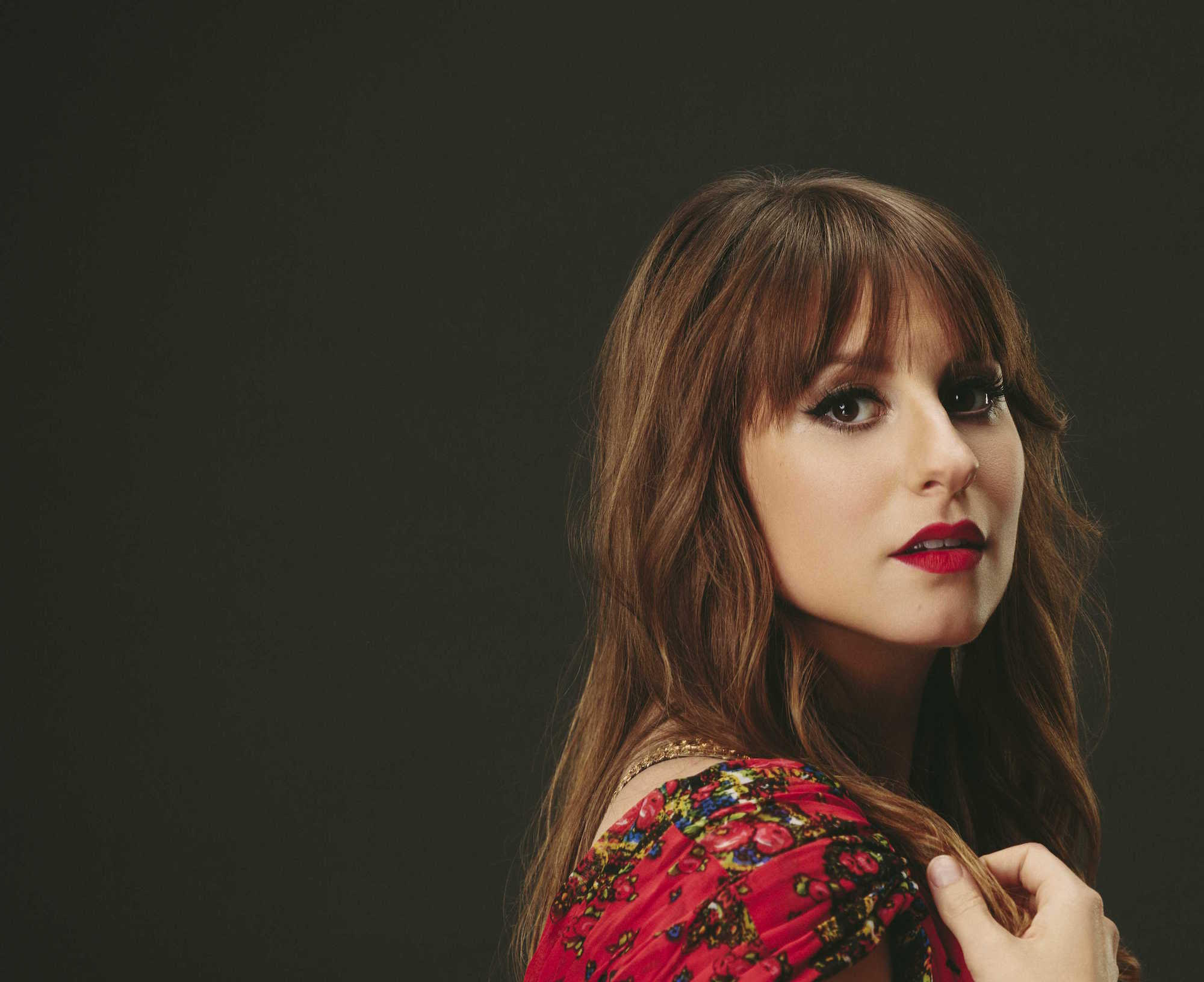 We’ve seen a number of songwriters start getting more attention as an artist- see: Chris Stapleton, Old Dominion, Sam Hunt, etc. And Caitlyn Smith is the next in line. She’s written a number of songs for artists ranging from Garth Brooks and Dolly Parton to Jason Aldean and Lady Antebellum. With an incredible background in songwriting, her matching vocals are starting to take center stage for Caitlyn and we’re expecting Caitlyn to really break through in 2017 after the release of her ‘Starfire‘ EP this past summer.

Check out Caitlyn’s interview with NECM’s Mckenzie Kapsimalis from earlier this year here. 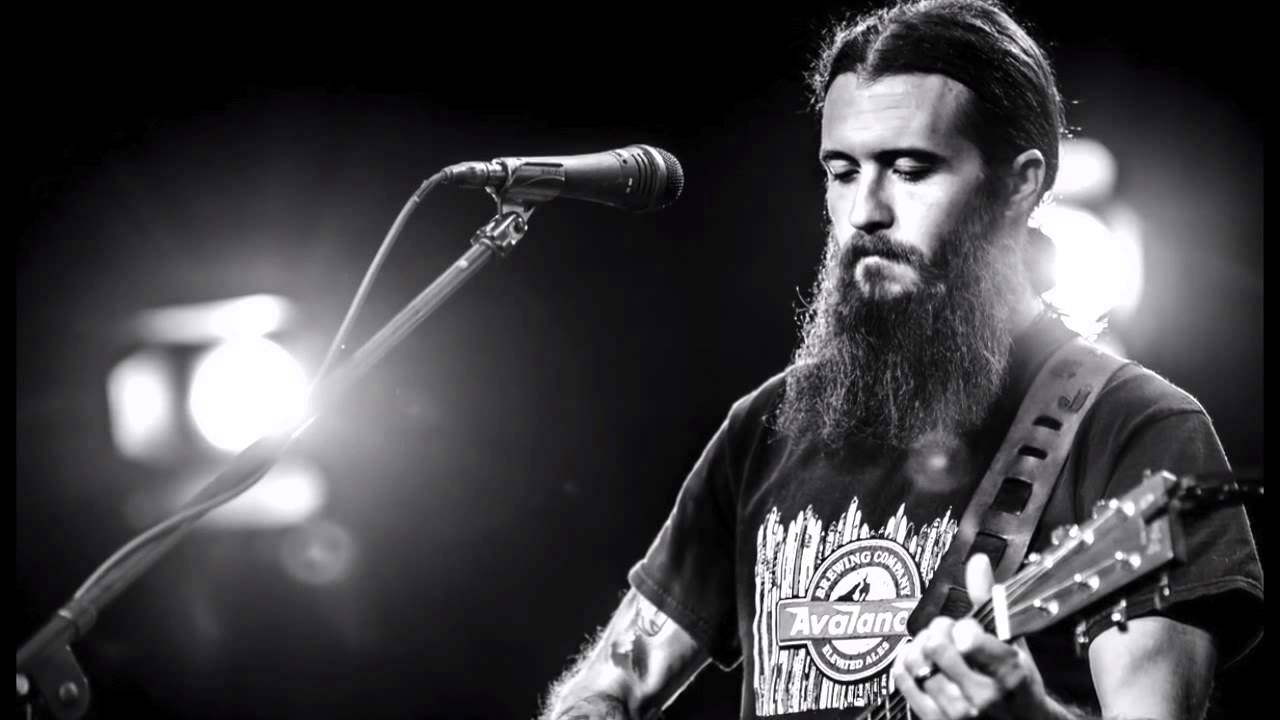 From thrash metal to country, Cody Jinks is a name to watch for lovers of both traditional country music and Texas country music. The Denton, Texas native released his ‘I’m Not The Devil‘ album this past August and it debuted at Number Four on the Top Country Albums chart. He reminds us a bit of Jamey Johnson and we’re thinking 2017 will see a lot more Jinks. 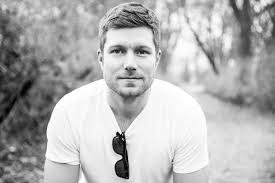 Even before being awarded the opening slot on Kelsea Ballerini’s 2016 The First Time Tour, Jacob has had a devout following from the ‘Jacob Davis Squad.’ Hailing from Shreveport, Louisiana, Jacob was named as CMT’s ’17 Artists to Watch in 2017′ and we agree! We loved what we saw from Jacob’s set at the House of Blues opening for Kelsea and we’re excited to see what 2017 has in store for this singer-songwriter. 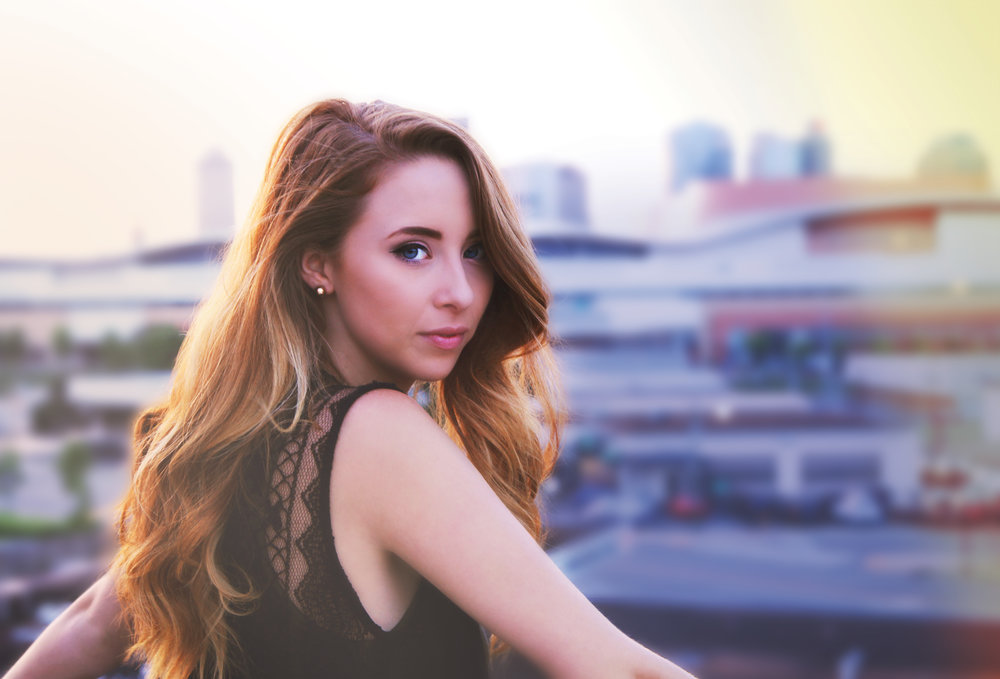 Kalie’s single, ‘Fight Like A Girl,’ put her on the map in 2016 as it got national attention thanks to SiriusXM’s The Highway. She signed a publishing deal earlier this year and released a second single in September (‘He’s Just Not That Into You’) and was included in the recent ‘Human Race’ video along with LOCASH, Kelsea Ballerini, Scotty McCreery and many others. And she’s a New England native! So of course we had to include the Portland, Maine star! 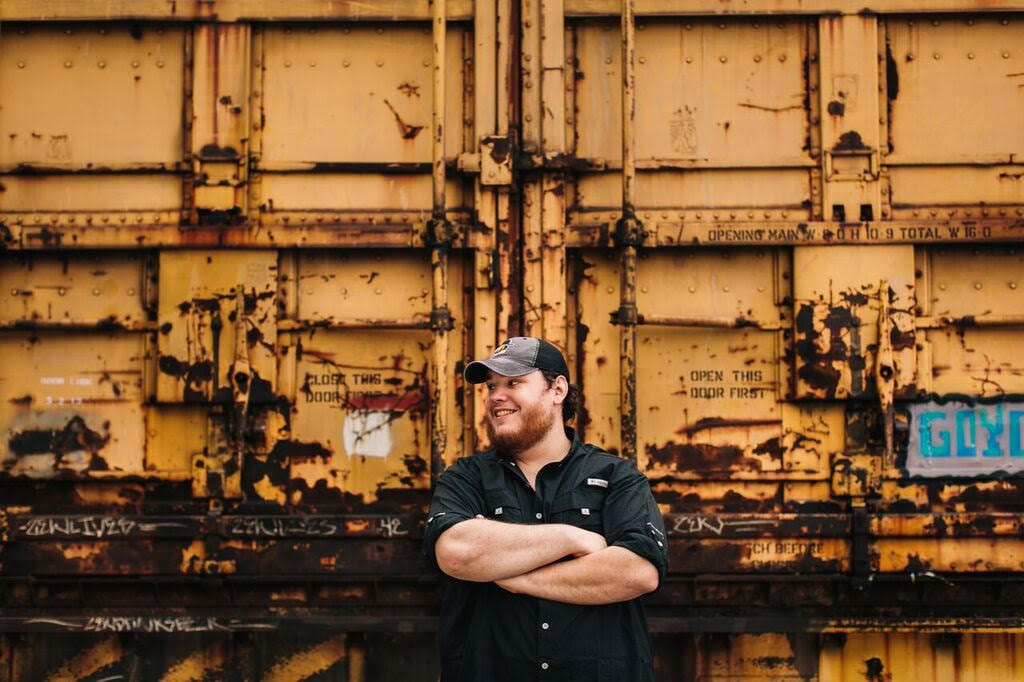 2016 was a big year for Luke Combs. He signed a record deal with Sony Music Nashville and re-released his 2015 single, ‘Hurricane,’ under the Columbia imprint- giving new life to the single. The North Carolina singer-songwriter with unbelievable vocals has already been named as a supporting act on Brantley Gilbert’s 2017 spring tour. We expect that Luke, with a major record label behind him, a slot on a big tour, and a resurrected single will have a huge 2017.

Check out Luke’s interview with NECM’s Jim Stearns from earlier this year here. 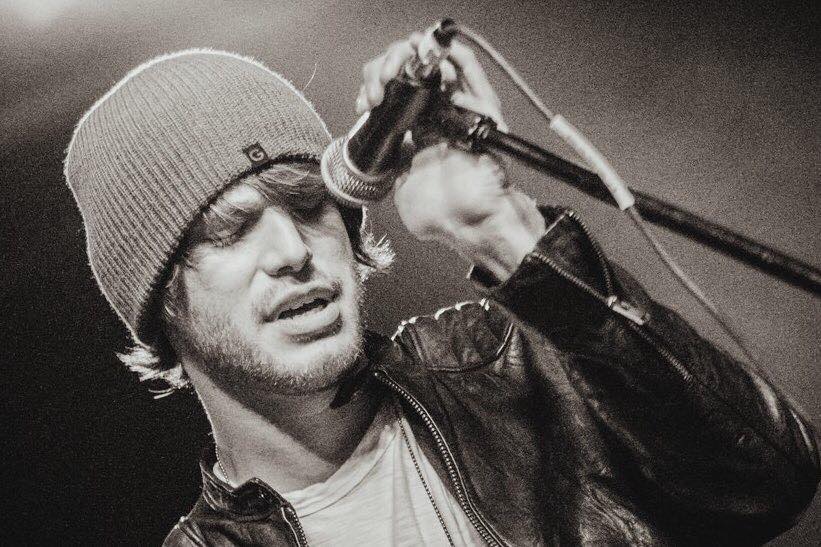 You already know Michael Tyler’s music- that’s a guarantee. He co-wrote Dierks Bentley’s 2016 smash hit, ‘Somewhere On A Beach.’ He has also had songs cut by Jason Aldean and LOCASH. The Reviver Records recording artist will join labelmates LOCASH on the road, including a show at Boston’s House of Blues on February 8th, for LiveNation’s ‘Ones To Watch’ show. 2017 should be a great year for Michael Tyler. 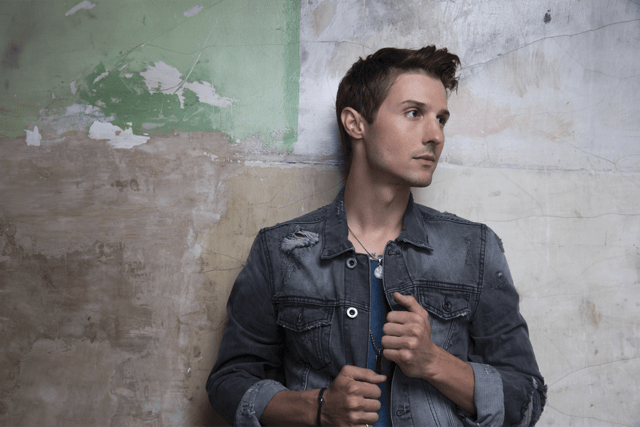 Ryan Follese is another artist that you’ll be able to see at the aforementioned ‘Ones To Watch’ show at Boston’s House of Blues. He recently played at Country 92.5’s Unwrapped and Unplugged and will also be featured at Cat Country’s Stars With Guitars on March 16th in Providence. Ryan has already made an impact on the music world with his pop-punk band, Hot Chelle Rae, and their multi-Platinum single, ‘Tonight Tonight.’ But Ryan stepped outside that genre and into the country world as a solo level because of his love of country music and the world that he grew up in. With country radio behind him, touring set with LOCASH and Florida Georgia Line, and his debut country album coming out next year, 2017 should be a big year for Ryan.

Check out Ryan’s interview with NECM’s Tim Farmer from earlier this year here. 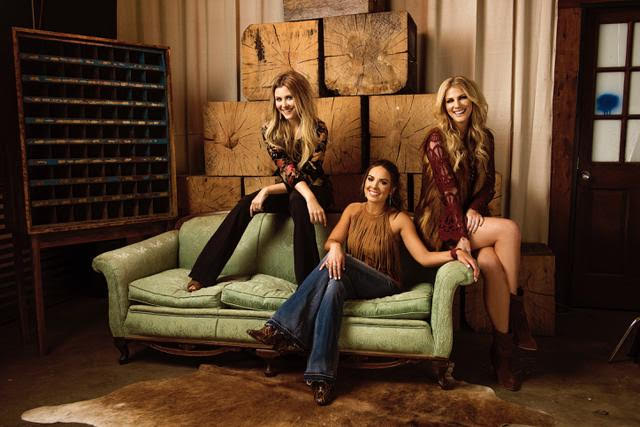 We haven’t had a trio of country ladies in awhile- well at least not this talented. Runaway June is comprised of Jennifer Wayne, Naomi Cooke, and Hannah Mulholland. Signed to Wheelhouse Records, an imprint of Broken Bow Records, the trio has been climbing up the charts with their debut single, ‘Lipstick.’ Many country music fans in New England may have seen Runaway June open for Tim McGraw at Mohegan Sun this fall or even recently for Granger Smith at Toby Keith’s in Foxboro. As ‘Lipstick’ continues to climb the country radio charts, and fans continue to see and hear this trio, it will only be a matter of time before Runaway June is the next big thing in country music. 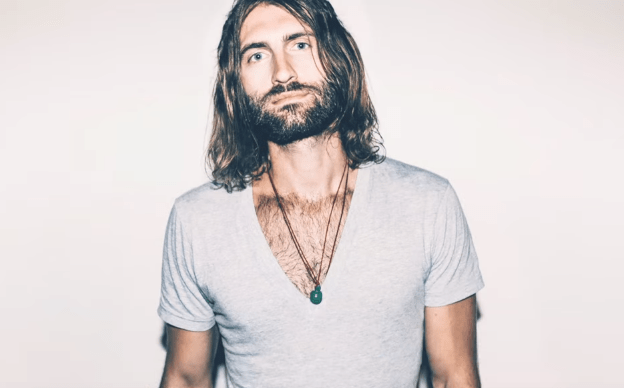 Ryan Hurd has been a well known name in country music for his songwriting. He’s had cuts by Tim McGraw, Jake Owen, Dierks Bentley and Randy Houser among others. He even has a Grammy-nominated Number One song under his belt, or we should say under his pen, for ‘Lonely Tonight,’ which was recorded by Blake Shelton and Ashley Monroe. But in 2016, we really saw the transition from songwriter to artist for Ryan Hurd. We, personally, got to see Ryan perform at the Tortuga Music Festival and were blown away by his energy and talent. He just got off tour with Chase Rice and he’ll be touring with his better half (Sorry, Ryan), Maren Morris, in the spring. We expect to see and hear a whole lot from Ryan Hurd in 2017! 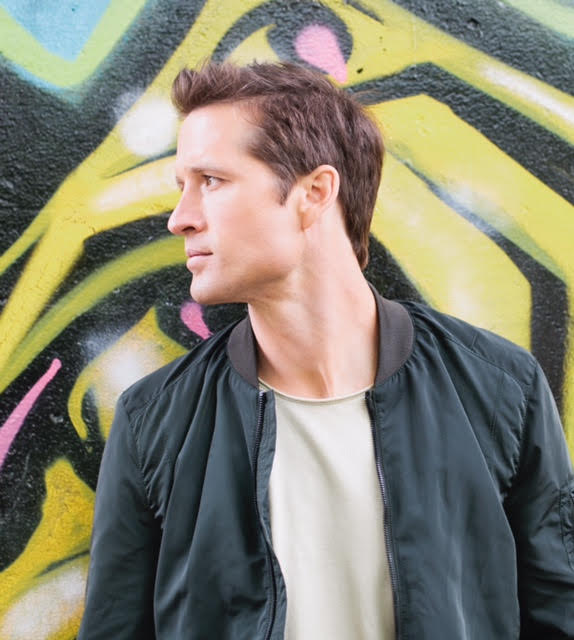 Country radio sensation, Bobby Bones, recently said that Walker Hayes is one of his favorite country artists right now and we agree. Walker is full of talent and is someone who has been chasing his dream for quite some time- going all the way back to 2005. He’s gone through his own trials and tribulations from getting a record deal and getting dropped from that label to even working at Costco as recently as last year. The years of writing and hard work has really begun to pay off as Walker is starting to get a lot more attention and traction as an artist. We love Walker’s story, his determination and most of all, his music, which was put on display with two EPs released this year: ‘Volume 1: Good Shit‘ and ‘Volume 2: Break The Internet.’ We’re betting on Walker Hayes in 2017!

Check out Walker’s interview with NECM’s Raianne Raymond from earlier this year here.