Over the past few years, a sign of the upcoming holiday season has become the now-annual Country 102.5 Holiday Jam. And every year, WKLB seemingly brings to the hottest acts to the House of Blues for the show. Last year, Cole Swindell played for a sold out crowd and this year it was none other than Kelsea Ballerini who sold out the Holiday Jam. The show was the Boston stop on Kelsea’s debut headining tour, The First Time Tour, which has featured supporting act Jacob Davis as well. 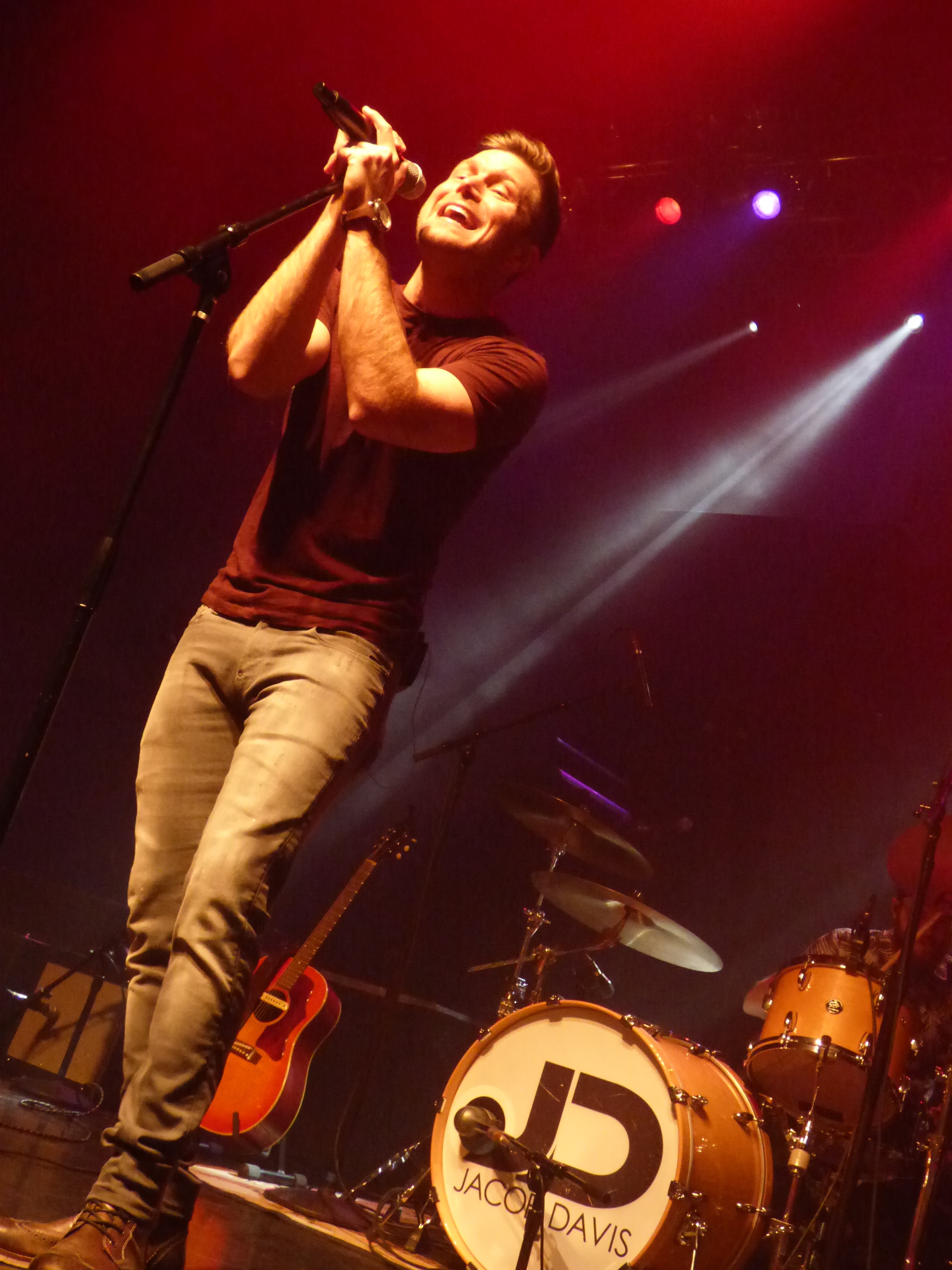 Country 102.5 radio personalities, dressed in their ‘ugly’ Christmas sweaters, took the stage to introduce the acts and before the country songstress took the stage, rising star Jacob Davis had his time in front of the capacity crowd to show what the Shreveport, Louisiana native was all about. With a strong presence of his fan club in attendance, the Jacob Davis Squad, and many more following along on social media, Davis kicked off his night with ‘Up In Arms’ before playing ‘Thinkin’ Bout You,’ and ‘With My Eyes Closed,’ saying afterwards, “My name is Jacob Davis and I am so excited to play here!” And after singing ‘Detours,’ his excitement continued by exclaiming, “Thank you so much. I love it here. Can we stay here!?” which drew cheers from the capacity crowd. Next up was a cover of an artist that has played at Boston’s House of Blues a few times in the past… Billy Currington! Davis brought great energy to his rendition of ‘We Are Tonight.’ Jacob rounded his night out with ‘See You Around,’ ‘Got Me Like,’ and  brand new song, titled ‘Wannabe,’ before telling the crowd, “I need your help here on this last song,” for a song called ‘Get Down’ but maybe better known by his fans as ‘James Brown.’ All-in-all, it was a great opening set from Jacob Davis. He brought the energy and gave the fans a taste of his talent and music. Although most fans were there to see Kelsea Ballerini, Jacob made sure fans knew he was by the time he left the stage. 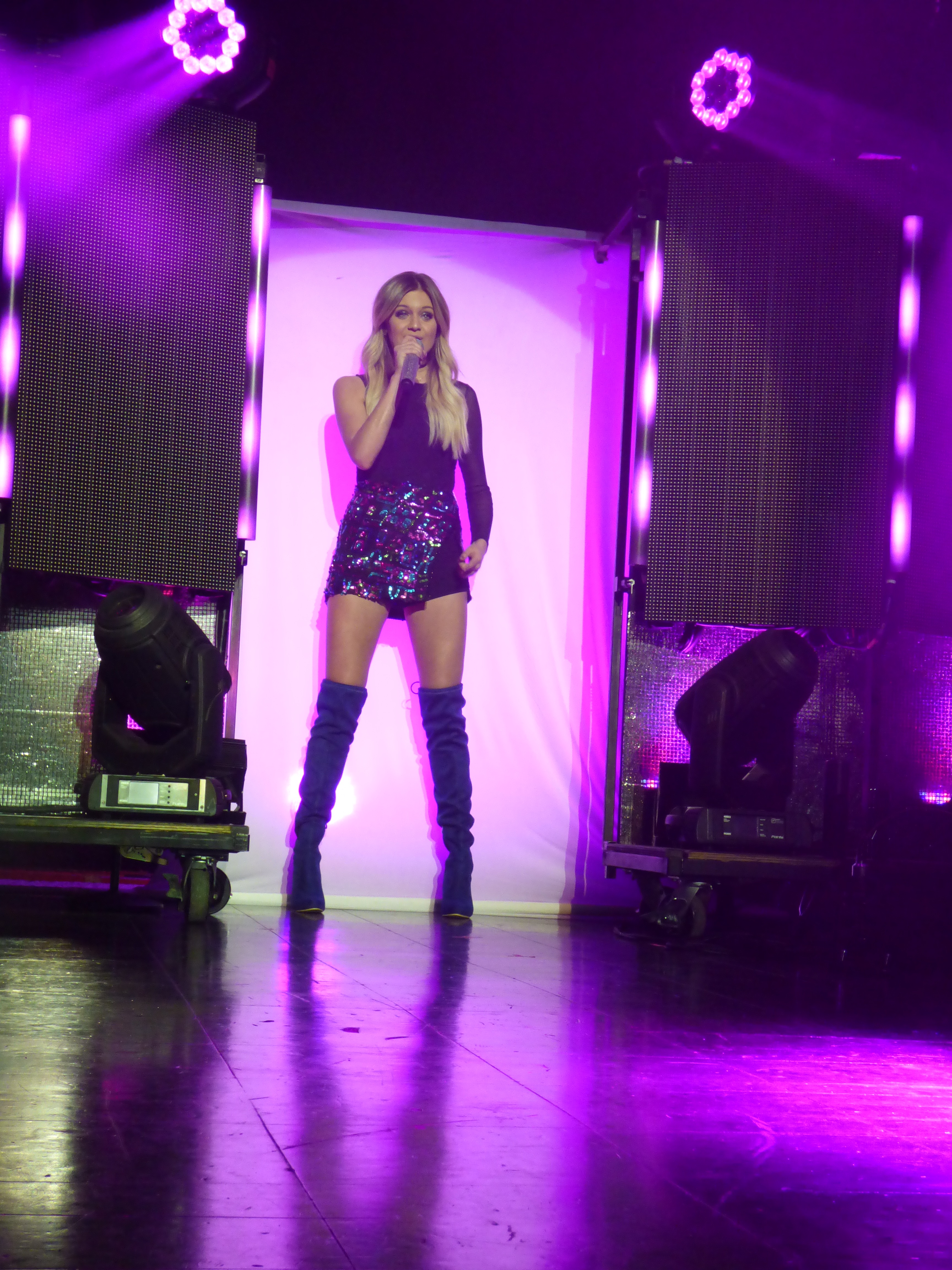 The intermission must’ve been a bit too long for the excited crowd as the multi-aged fans started chanting “Kelsea, Kelsea, Kelsea” as they waited for the songstress to take the stage. Right at 9PM, the lights went down and music boomed out of the speakers. But just as loud as the speakers were the screams of the crowd as Kelsea Ballerini appeared in the middle of the stage to ‘Yeah Boy.’ Her set continued with ‘Looking At Stars’ and ‘Square Pegs,’ during which she waved a young fan over to the front of the stage and sang to the young girl as Kelsea held her hand. After addressing the crowd for the first time, saying, “I want you know this is the biggest crowd of my tour. Promise me you’ll have a good time here with me tonight,” Kelsea played her 2016 chart-topping single, ‘Dibs.’ 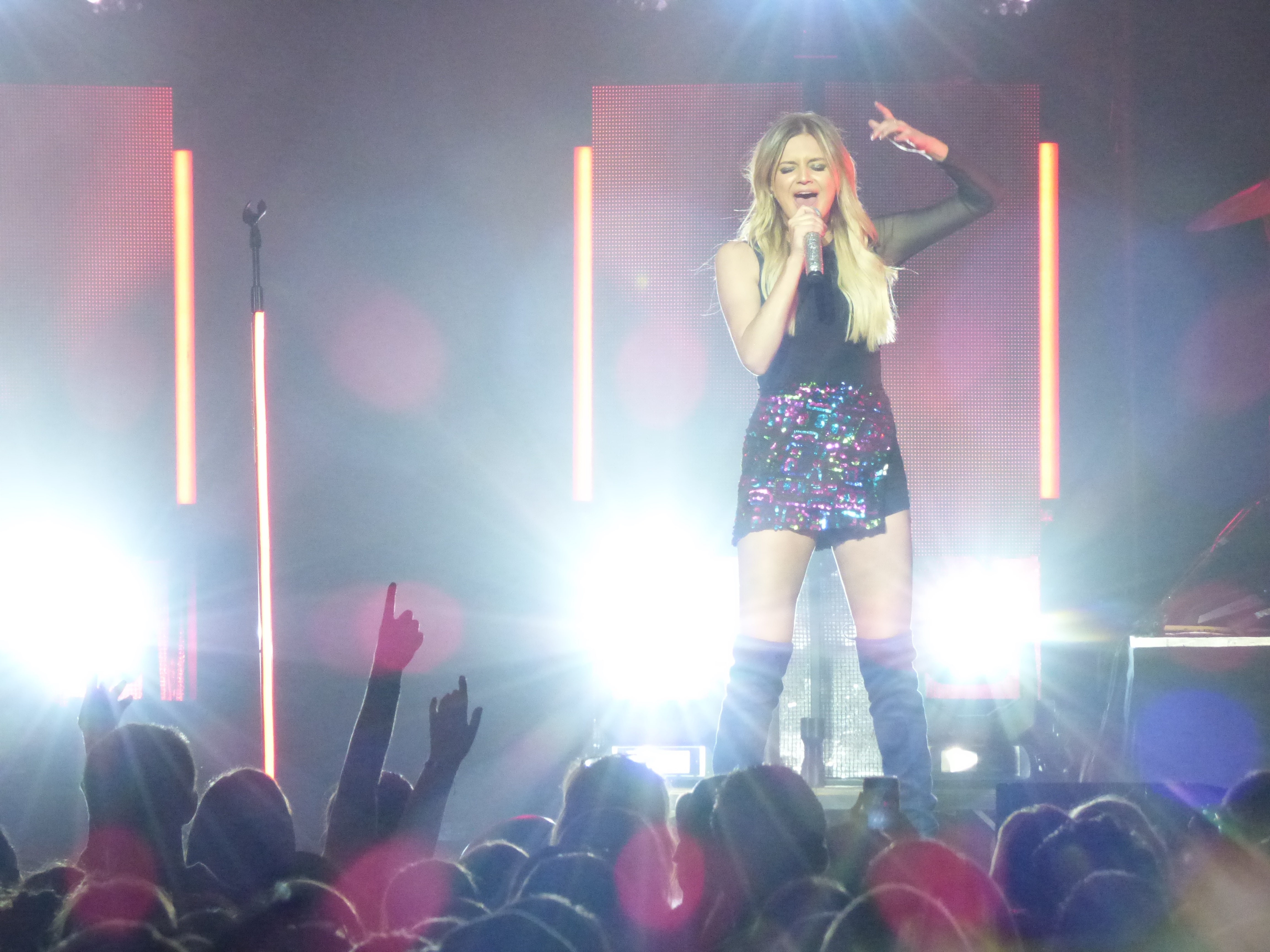 With fans singing along to every song, Kelsea appeased them with ‘Stilettos’ and a new song, titled ‘Roses.’ One thing that we love about Kelsea Ballerini is that she isn’t just a big artist but also an incredible songwriter- she actually wrote or co-wrote every song on her major debut album, a rarity these days. While she spoke about her experience as a songwriter she also acknowledged one of the biggest songwriters in country music today- Massachusetts native, Lori McKenna. She said, “Boston, you have Lori McKenna- one of the best songwriters! As a songwriter, thank you for listening to me stories and my words and caring about them. It’s the biggest blessing you could ever give me.” Sitting on a stool with her guitar and two of her band members, Kelsea would play an acoustic version of another new song called ‘High School,’ as well as a cover of Chris Stapleton’s ‘Tennessee Whiskey’ and Adele’s ‘Send My Love.’ 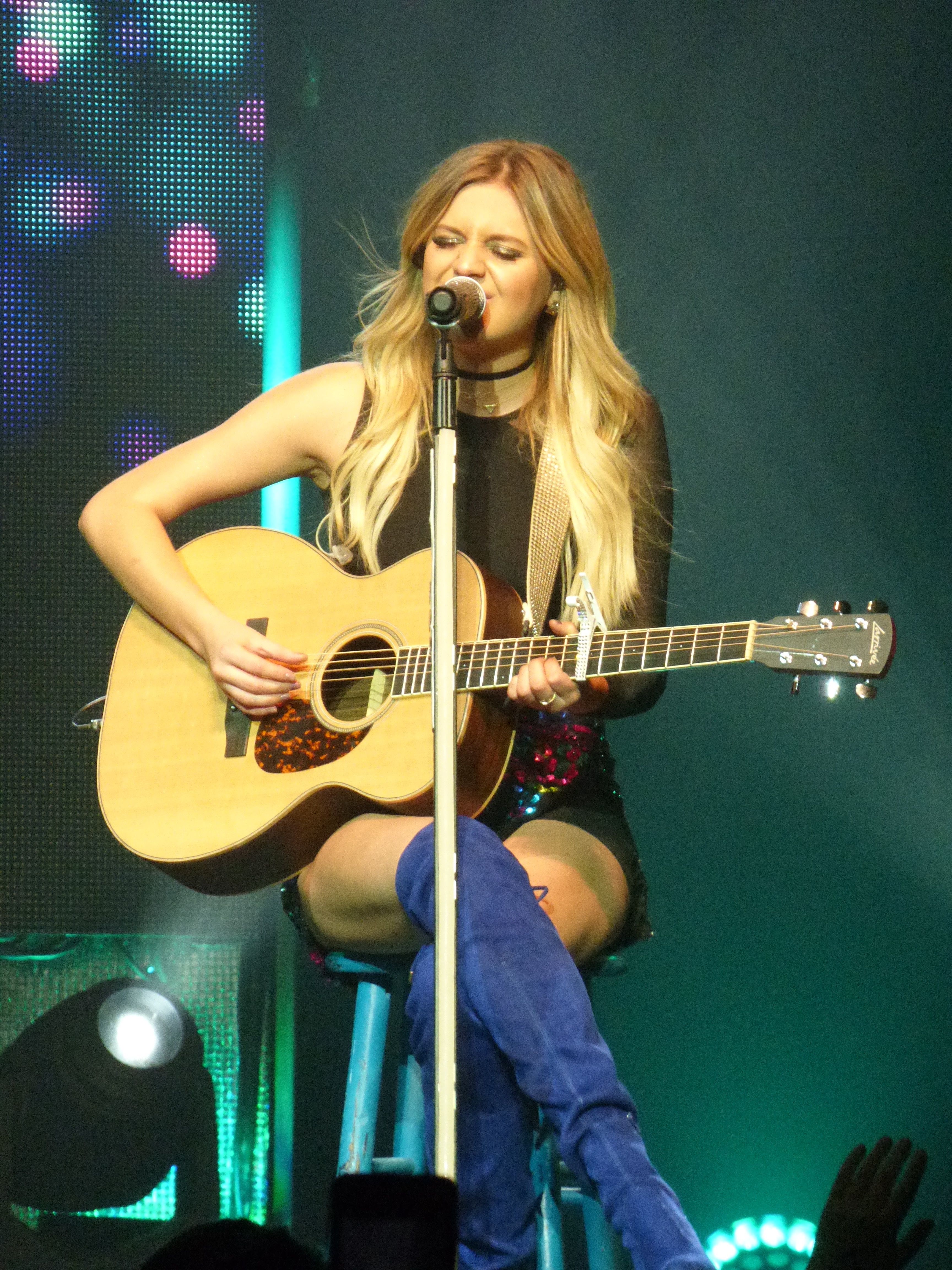 When Kelsea got back to her feet, her full band joined her on stage for ‘Sirens’ and ‘Underage,’ before she told the crowd, “If y’all aren’t up and dancing yet, this is your cue!” And that cue was ‘We Were Like’ during which Kelsea would show off some of her own dance moves. While taking a breather, the songstress explained to the crowd that she’s had some heartbreak in her life and that for her there’s a few stages of a breakup. She would explain these stages to the crowd through some major pop songs. The first stage was set to James Bay’s ‘Let It Go.’ The second stage was Justin Bieber’s ‘Sorry,’ and lastly One Republic’s ‘Apologize.’ But for Kelsea and her own experience there was one more stage- a stage that is best described in her most recent Number One, ‘Peter Pan.’ After performing ‘XO,’ Kelsea waved to the crowd and said, “Boston, thank you so much for having us.” As she retreated backstage, fans didn’t move- everyone knew she would be coming back out. But in a sudden frenzy, fans realized that she was not on stage but instead set up on a box in the middle of the crowd on the music hall floor. She would go on to play an incredible and acoustic version of ‘First Time’ before heading back to the main stage. “This is the first song you heard from me and the song that changed my life,” Kelsea told the sold out crowd  before playing ‘Love Me Like You Mean It,’ for the second and final song of her encore. As the hit song started to wind down, huge colored balls were thrown into the crowd giving the fans some last minute fun to end their night with Kelsea Ballerini. 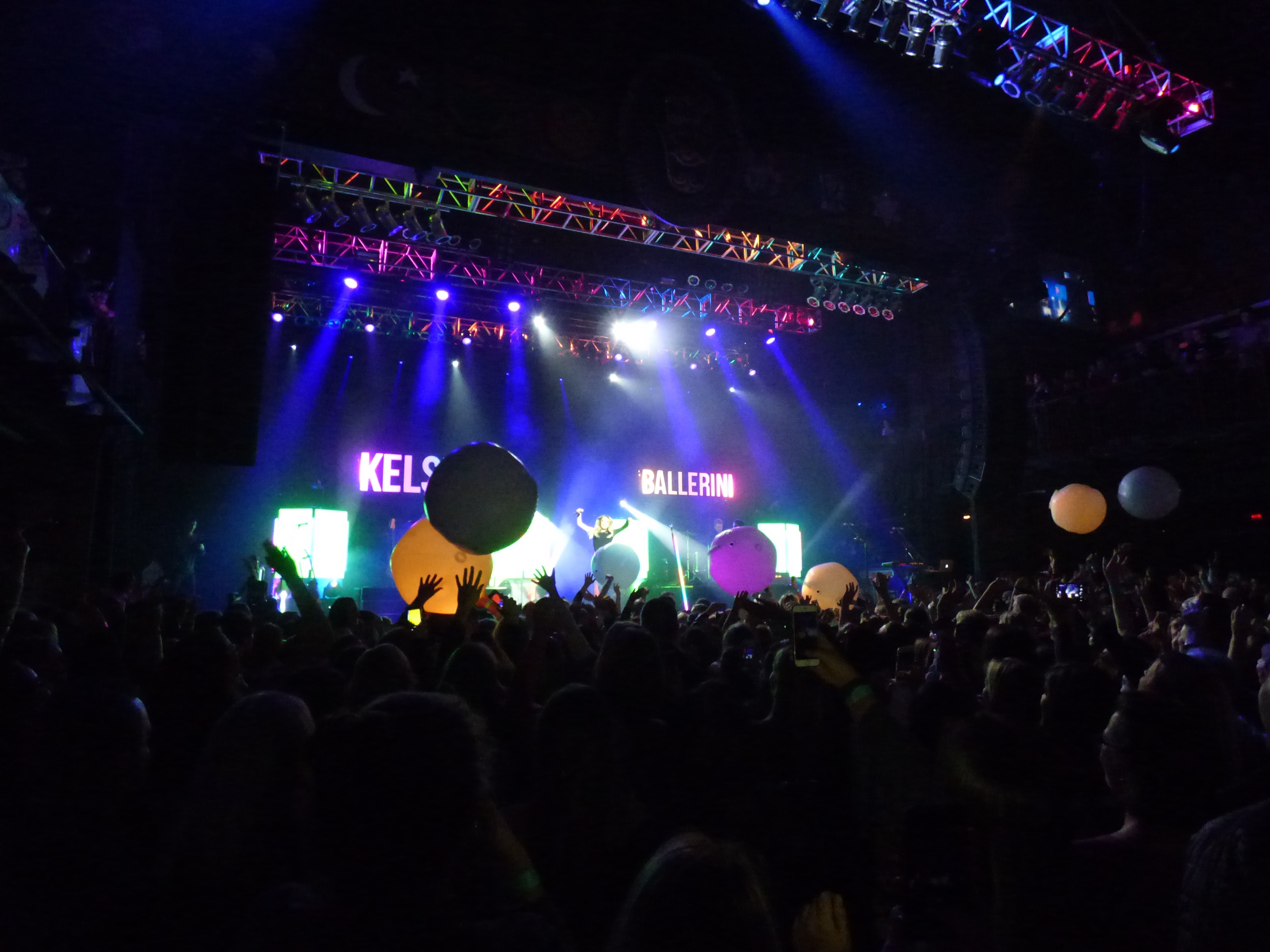 It’s truly remarkable to see how far Kelsea Ballerini has come in just a few years. It was just a couple years ago when Kelsea was going to her local venues to see artists that she looked up to. Now with three Number One songs under her belt, countless dates opening for big name artists and a headlining tour of her own, Kelsea has become one of the biggest names in country music today. It’s even more remarkable to see the poise, maturity and experience that she demonstrates as a headlining artist. It didn’t seem like this was her first time headlining a tour. She commanded the stage with a veteran attitude. We can’t wait to see how her career progresses and what the future has in store for Kelsea Ballerini. 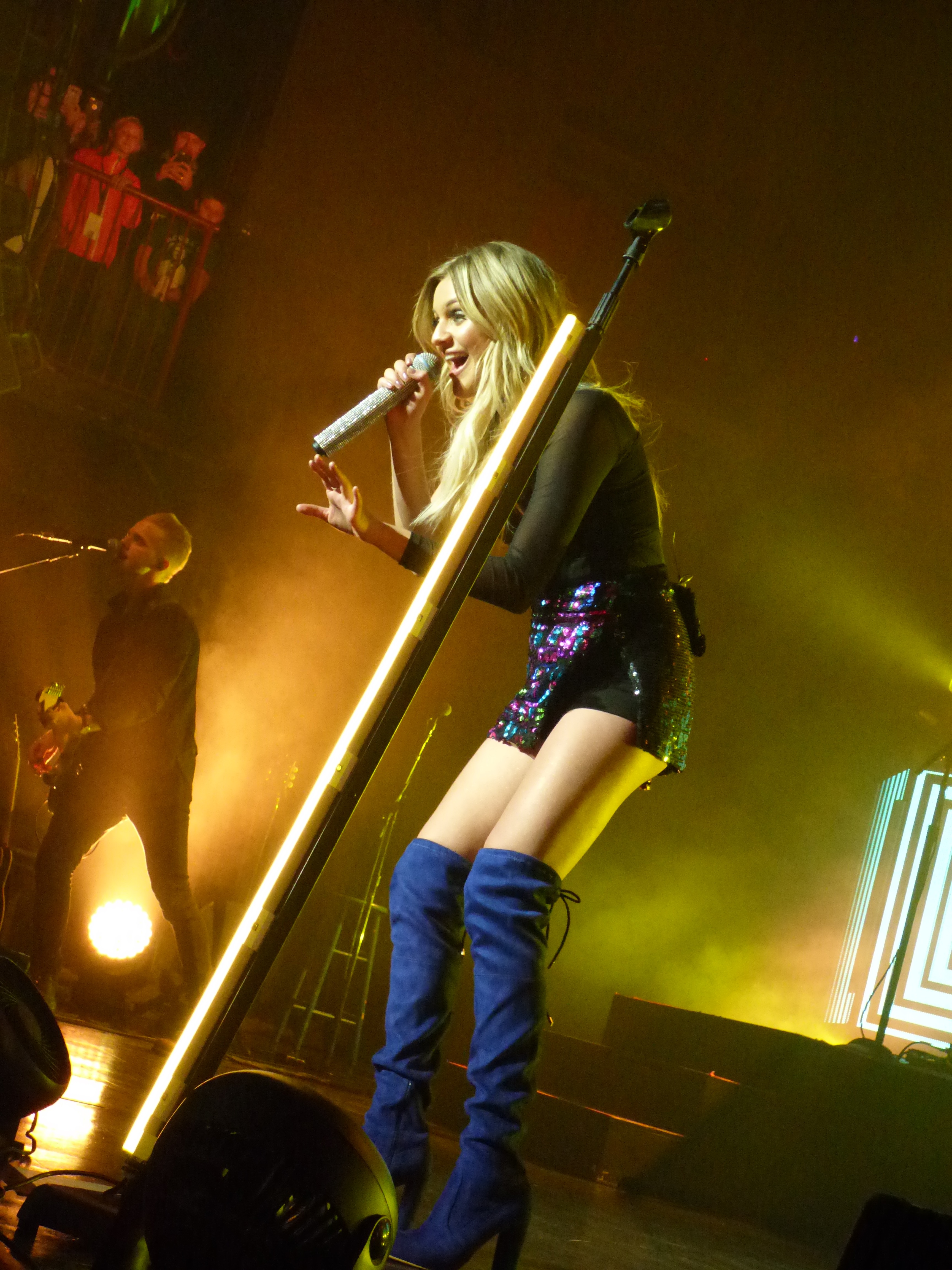