Caitlyn Smith, some of you may know her name right off the bat, while others may not be as familiar with her. Did you know Caitlyn co-wrote the smash hit ‘Like I’m Gonna Lose You’ by Meghan Trainor featuring John Legend, or that she wrote Cassadee Pope’s song ‘Wasting All These Tears?’ Did you also know that she has written numerous hits for artists such as Jason Aldean, Dolly Parton, Lady Antebellum, Garth Brooks, Rascal Flatts and more? Well if you don’t know Caitlyn Smith at this moment in time, you’re about to. She took the time to have an interview with NECM to talk about her debut album, ‘Starfire,’ and what is to be expected from the singer part out of her singer/songwriter description.

Caitlyn has recently released five new songs off of her debut album. The five songs she chose to release really had no way of making their way to being those five. “You love all your songs equally and they’re like your children. It was a hard choosing process, but for me, I thought these top five were just a great taste of what’s to come for the album and they were a handful of my favorite.” She also has a reason behind the album name being ‘Starfire’. “The song ‘Starfire’ is a very personal song to me on the record. I’ve been in this business a long time and I’ve heard a lot of no’s. For me, I decided to make this record without an agenda, I was just going to make music that I love. That’s why the album is named ‘Starfire’ because it’s telling my journey of pressing on and not letting the nay-sayers get me down.” 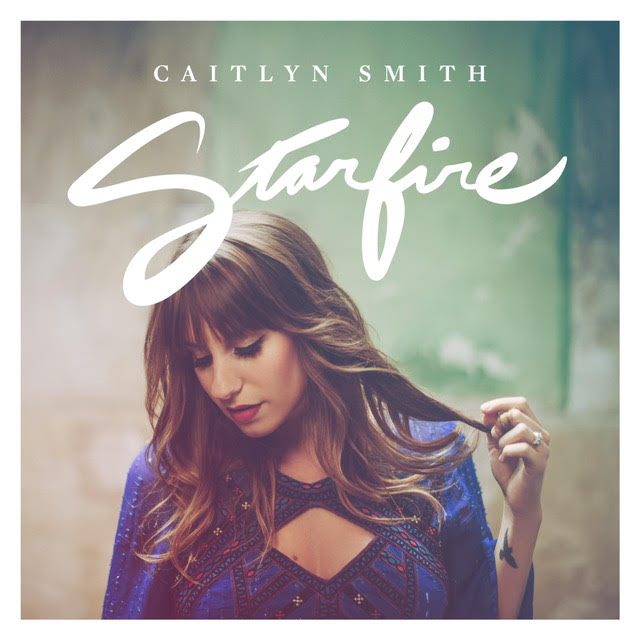 The process of writing songs for her own album is different from when she writes songs for other artists. “I just wrote songs for other people and put on a character hat and made stuff up! But when it came time to pick songs for my record and to go in and start writing for it, it was definitely a shift in the process. I started kinda digging around inside my own heart a little bit, pulling out stories that I had, things that I had lived through and I also picked songs that I just love to sing.” The success other artists achieve from the songs they have recorded from Caitlyn, however, makes her feel honored. “I always say that I think it is the absolute highest honor when an artist loves a song that I have written enough that they want to sing it. There is just no greater honor in my mind.”

Caitlyn says we can expect a release date by then end of this year or the beginning of next. Smith actually split the record in half by releasing five songs now. She will pick back up again in the fall once the records settle in and start the touring process and promoting the rest of the album. “I’m about to have a baby any minute! That’s why we split the record in half, releasing five songs pre-baby boy and I’ll take a little maternity leave while it settles in. The release will be sometime post-baby! We’ll see how it goes!”

Make sure to head on over to iTunes and buy ‘Starfire’ here.Caitlyn Smith is on social media and encourages her fans to follow her on Facebook, Twitter and Instagram to keep up to date. She wanted to warn her fans now that she will be posting many baby pictures of her baby boy, as well. Congratulations Caitlyn!