Two guys in Nashville, one playing in a band, the other performing solo, decided to get together to form their own band and go out on the road. These two guys just happen to be brothers, the Brothers Osborne that is. Raised in Deale, Maryland, the Brothers, have a unique way of varying the sound in their music. The chemistry and energy they feed off of each other on stage makes it very clear that they have been singing together since birth. New England Country Music had the opportunity to sit down with T.J. and John Osborne to talk about how their musical influences, how social media has shown a new perspective on, not only them, but all musicians in this current generation, and their new self-titled EP.

The Brothers did not set out to become a duo, it just sort of happened for them. They were each doing their own thing- T.J. was performing some solo shows, and working as singer-songwriter, and John was playing guitar in a band called King Billy. King Billy was disbanding, and T.J. and John were already writing songs together, and they obviously loved playing music together. So becoming a duo just seemed like a natural next step for both of them. Growing up in a musical household, their father would listen to anything and everything from Mariah Carey to the Allman Brothers to Merle Haggard. No music was off limits at their house, and until they went to high school, they did not even know that music actually had genres. To their father and to them, there are just two kinds of music, good music and bad music. 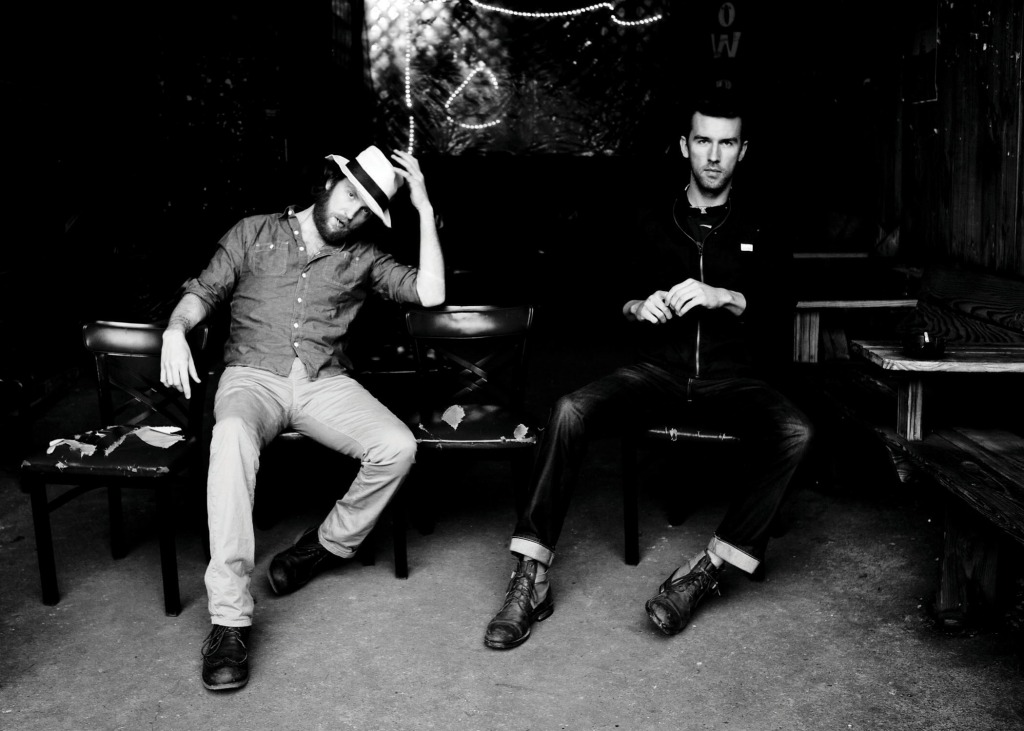 The brothers’ exposure to all genres of music while growing up is infiltrated in their new five- song EP released this past September. Not only does the EP include their current single ‘Rum,’ but four other songs that reflect the Brothers unique style and sound. The songs on the EP vary in style from really gun slinging western rock to really broke down acoustic, to soul, to country. “It kind of goes the whole gamut of what we do musically,” (T.J.). The brothers think it’s pretty cool to have their music out there and have actually already recorded a full length record but wanted to release the EP, so they chose songs that represent the different styles of what they do musically.  Although the brothers have songs on the EP that they enjoy playing live, ‘Stay a Little Longer’ and ‘Love the Lonely Out of You,’ it is really difficult for them to choose a favorite song. All five songs are different from each other and “runs the spectrum of who our influences are, it’s almost apples and oranges,” (John). The brothers prefer their songs styles to be different. It keeps things interesting for them as they can play a variety of styles and genres during a performance. The Brothers think “that everyone underestimates their musical pallet so to speak. A lot of times you find they like a bunch of different songs,” (T.J.).

T.J. and John had the opportunity to share their new EP and the representation of their music soon after it was released when they opened on Eric Church’s’ Outsider Tour alongside Dwight Yoakam. It was their first arena tour and they enjoyed every minute of it. They were honored to be part of the tour, not only because they were with two popular artists, but also because they were with two artists that they respect. “I couldn’t think of a better tour than that to be on,” (T.J.). If the brothers could package together their own concert mega ticket to see any acts they wanted, all together it would include  Johnny Cash, Willie Nelson, Hank Williams Sr., George Strait and the number one act would be, Eric Church, because according to T.J., he is “carrying the torch of the country rebels.”

The siblings give a lot of credit to social media in helping to get their music out there. Thirty years ago it would have taken a lot of money and a lot of advertisement in newspapers, magazines and major media outlets. Today, there are free methods of reaching the public. Not only does social media allow them to share their music and engage with fans, but it is also a great way to “brand yourself, it’s not all about speaking one on one with fans it’s about giving them a broader picture of who you are as an artist,” (John).  Even though social media has a lot of pros for artists today, there are some cons to it as well, one being that there is so much social media and so many other bands and artists trying to make it out there that it is hard to be “heard through the noise,” (John). So what are the siblings’ thoughts on this new era of bro-country? They both feel that clearly, there are fans out there that like it. Being out on the road and trying to make a career of being a musician is very difficult.  You have to commit yourself to make a go of it, so the Brothers give all artists credit for working hard for those fans that do like their style of music. To them though, it is really not their “cup of tea; but in a way I’m kind of happy that bro- country is around because that gives us a totally different path to stand out and do our own thing,” (T.J.).

The Brothers Osborne share a love of music and songs that stem from their musical influences growing up. They choose to write music that they want to write and to do their own thing. They are not afraid to be different and hope that that is what helps them to stand out among all the music acts of today. They work hard to do it and are dedicated to stay with it for years to come.

New England Country Music would like to thank the Brothers Osborne for taking the time to sit and talk to us about their journey so far, as well as where they are headed to in the future. To them, that is to be a band that stands out and dares to be just a little different from everyone else.

You can purchase The Brothers Osborne EP on iTunes here.