On Sunday, July 19th Phil Vassar brought his piano and his dynamic energy to Indian Ranch in Webster, MA. It was Vassar’s eighth year at the Ranch, but his show was anything but stale. His performance was one you soon won’t forget. 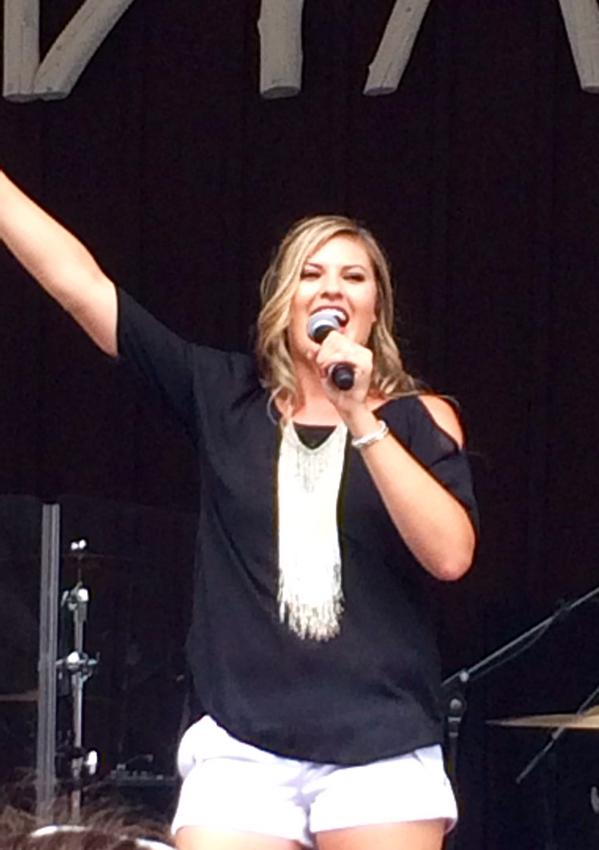 Before Vassar took the stage, local sweetheart and previous American Idol contestant, Ayla Brown, entertained us with an eleven-song set list to get the party started. Ayla opened with ‘Ain’t Leavin Anything Here,’ and ‘Matches and Gasoline.’ Ayla is a strong supporter of Concerned Veterans for America, an organization run by previous military personnel with its mission to advocate for policies that will preserve the freedom and prosperity that military personnel and their families fought and sacrificed to defend. The organization spreads this awareness by sponsoring the Defend Freedom tour, in which Brown is a proud participant. She has toured and performed in several states which include, North Carolina, Virginia, Nevada and New Hampshire to name just a few.  Because of her strong ties to the tour, several of Ayla’s songs performed that afternoon, were a reflection of our military heroes. Those songs were, ‘Hero in Her Hometown,’ and ‘Pride of America’ as well as the Toby Keith hit, ‘Courtesy of the Red, White and Blue.’ Other songs performed by Brown were, ‘My Hometown,’ a song about Wrentham, MA where she grew up, ‘Stupid Me,’ and ‘I Just Want to Be Your Baby.’ Ayla’s last song performed was ‘Let Love In,’ it is the debut single from her new album with the same title which was just released in May. Before exiting the stage Brown asked the crowd if they were ready for Phil Vassar. From their response, lots of cheering and whistling, they were more than ready! 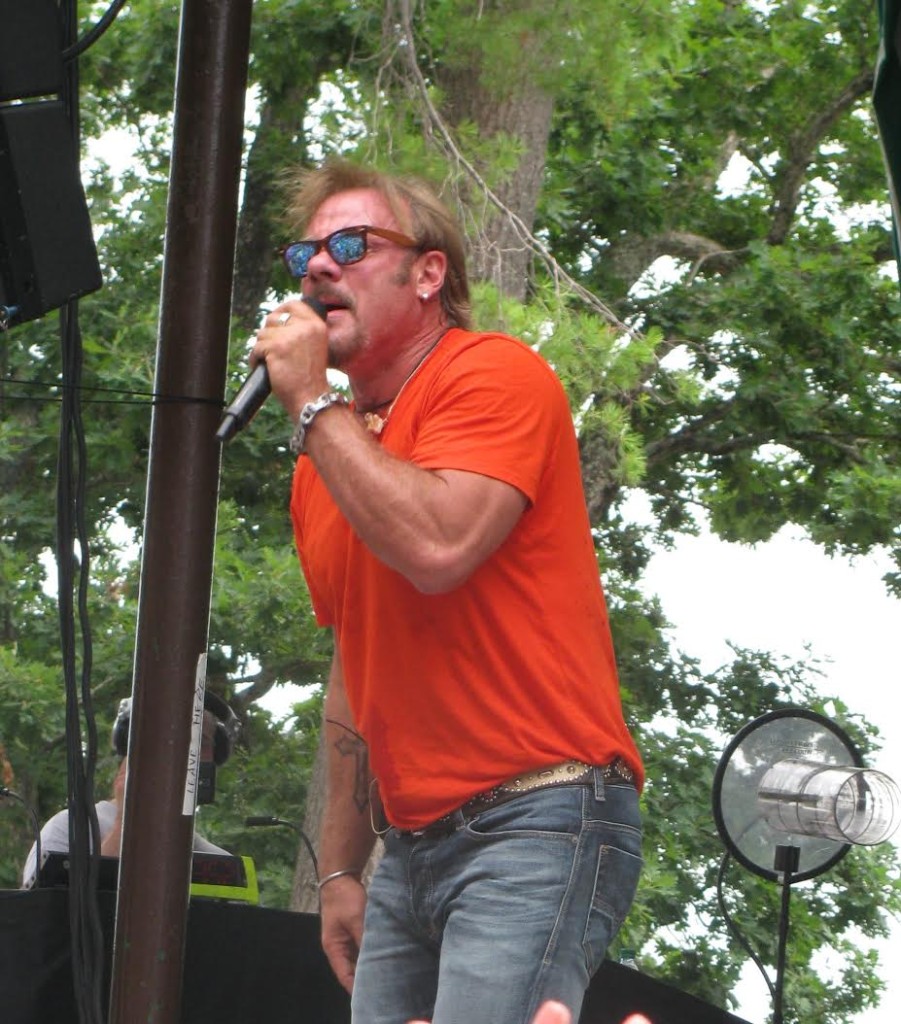 Playing for two hours nonstop, the crowd was treated to twenty-one of Vassar’s many hits. Braving the eighty-five degree plus temperatures, with 75% humidity, Vassar ran onto the stage already pumped up and raring to go. He headed directly to his signature instrument and started playing ‘My Girl.’ ‘In a Real Love,’ a number one hit from his 2004 album, ‘Shakin Not Stirred,’ followed. Vassar has a very unique way of making up his setlists for the NoPHILter 2015 tour, he asks for song requests via Twitter from the audience. First on the request list was, ‘That’s Why I Love You,’ and then ‘Six Pack Summer.’ Before the song, he addressed the crowd. “How’s everybody feeling out here on a Sunday afternoon? Isn’t this great?! Thanks for having us y’all!” 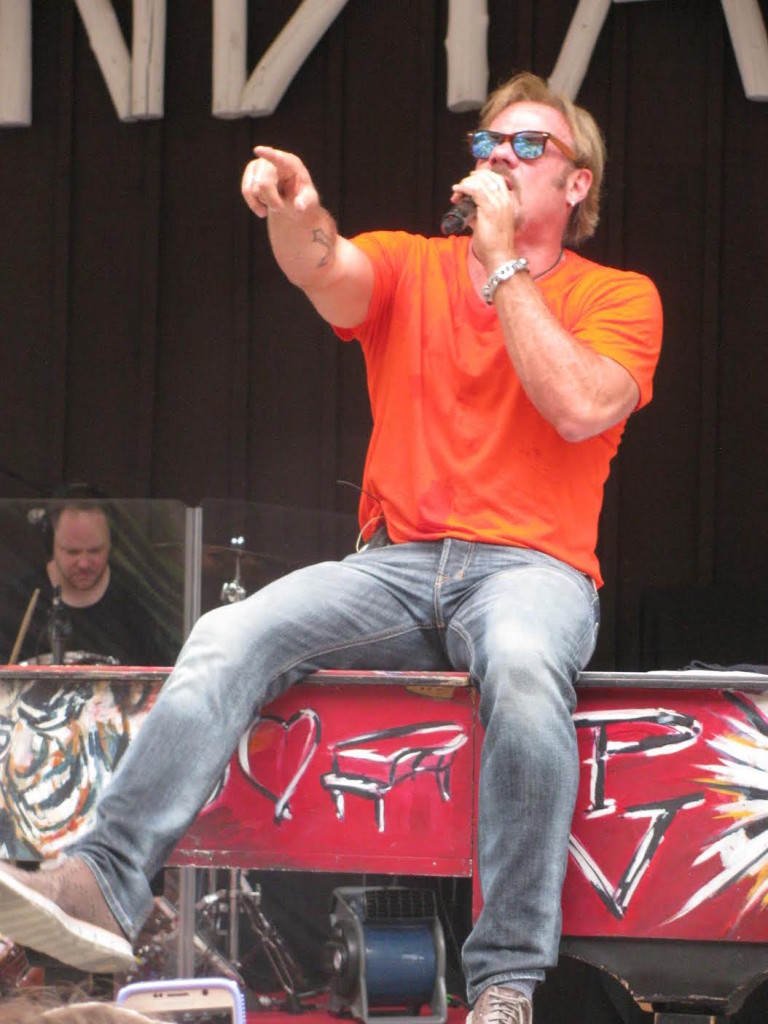 Hopping on top of his piano and swinging his legs, Vassar sang ‘Six Pack Summer’ loud and strong, receiving screams from the audience in agreement to the lyrics from the first verse. “Winter sure was cold and miserable. Cooped up, shut down, baby it was pitiful. Anyhow, it’s over now. We owe to ourselves to have a little fun…” A little fun only touches on the amazing performance Phil put on. It was more like a party with 2,700 of your closest friends, because that is how Vassar makes you feel during a show. Jumping down from the piano and back to the keyboard and before singing his next tune, ‘Bye Bye,’ he stopped to let the crowd know how the song requests were going. “We’ve got a live Twitter going on, we are just taking requests. I like this, just bringing me requests. That way I don’t have to think about it”

‘Carlene,’ Vassar’s debut single, released back in 1999, was sang next. A number three hit for Vassar, and a song that transported him from a guy who writes songs for other artists, to an entertainer singer/songwriter performing his own hits. Continuing on with his performance, as the sweat poured off his forehead, and his shirt drenched in sweat, Vassar never once stopped moving, running, jumping, and interacting with the audience and much to the audiences dismay, he never even stopped for a drink of water!  From one end of the stage to another he ran. Jumping on top of his piano, spinning around and jumping off, all while continuing to sing with excitement and enthusiasm, as if it was the first time he had ever performed the songs. The crowd’s reaction to Phil was constant, screaming, and exuberance, and to some I’m sure, awe.

His personal touch of song requests via Twitter made the intimate aspect of Vassar’s show that much more enjoyable. Such requests, as the one from Tara to Dan wishing him a happy birthday with the song ‘My Next Thirty Years,’ and the one from Anna requesting for ‘Joe and Rosalitta,’ (A perfect song for Phil to show off his extraordinary piano playing skills.) to a request from Fan-o-Phil, to sing ‘For a Little While,’ a hit for Tim McGraw in 1998. Throughout his performance, Phil told us how much he appreciated his fans and Indian Ranch for having him back year after year. “Thanks for always making us feel like family here at Indian Ranch. You guys are the best absolutely, thank y’all so much.”

Some of the other Vassar hits performed were, ‘Just Another Day in Paradise’, ‘I’m Alright,’ a Jodee Messina hit, ‘Little Red Rodeo,’ a hit song for Collin Ray, ‘Love is a Beautiful Thing,’ and ‘I’ll Take That as a Yes’ (The Hot Tub Song). Vassar also gave us a listen to a new song he just wrote earlier in the day. He introduced this new song with these words, “I like that big ole boat you got. I’m going to sing a song I’ve never done before, because actually I just wrote it. (Laughs) I was out on the boat and I thought, you know I need to write a song about a boat. You know that I write a lot of songs so I thought of this good title called just, ‘Boat Song.’ Brilliant. So let’s get on the boat right now and later I’m gonna have a couple drinks and drive that boat, so guys come on it if you want.”  An invitation I’m sure many fans of Phil Vassar took him up on. Who would pass up the opportunity to take a cruise with the piano man himself? 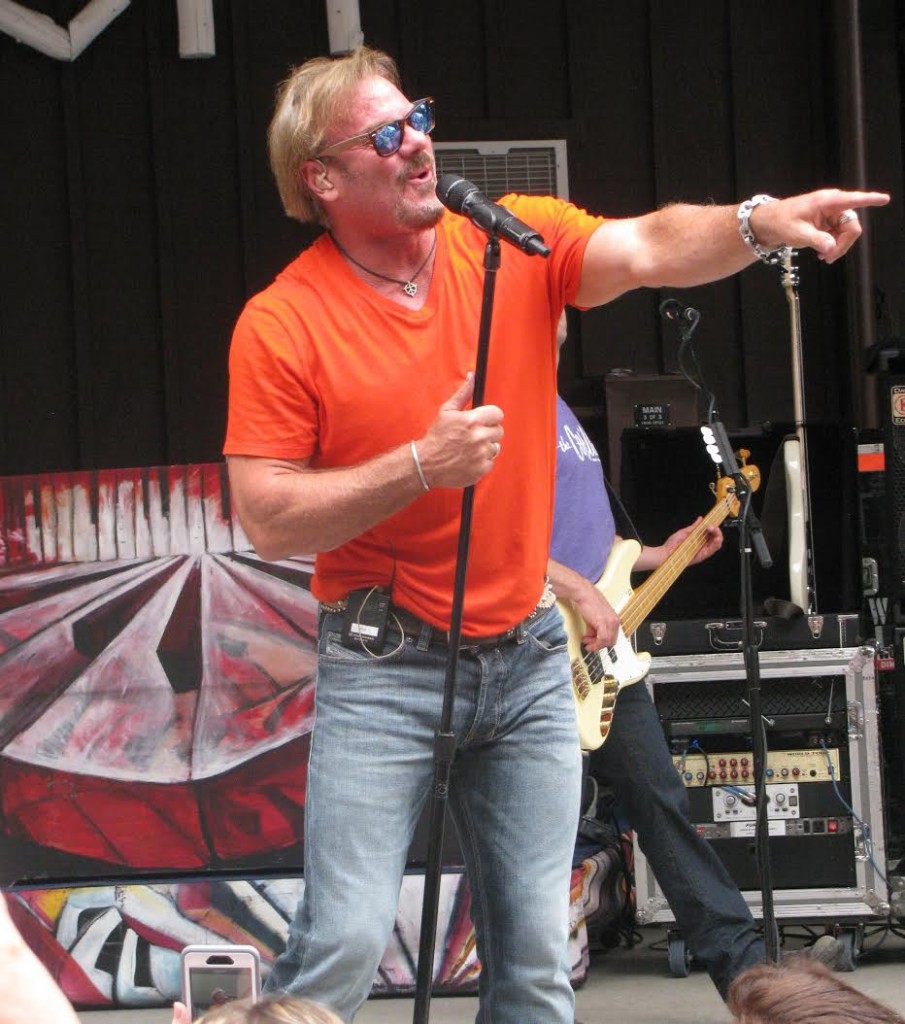 Phil performed his last song of the afternoon, ‘Piano Man,’ the song that ends all of Phil’s shows. As always this popular tune, originally sung by Billy Joel, is the epitome of who Phil Vassar is. The chorus was sung loud and clear by the crowd with some encouragement from Phil, although not really needed.  “I want everyone to sing along with me right now, ready? Sing us a song you’re the piano man. Sing us a song tonight. Cause we’re all in the mood for a melody, and you’ve got us feeling alright.” Phil Vassar left the stage with another thank you to the crowd for coming out to see him, but it was us who should be thanking him because Vassar never disappoints. He left the audience “feeling alright” and looking forward to next summer when he will return for another amazing concert at Indian Ranch.